After the so-called "cultural turn" in the social science, this paper proposes a specific way of engaging in cultural analysis of the mafia based on the idea of "mafia as a repertory". This perspective considers mafia culture as a complex, stratified reservoir of symbols, frames and discourses which are both constitutive of the mafia and instrumentally used by those who recognize themselves as "mafiosi" to reconstruct their identity. In order to exemplify some of the features of our approach, we consider, firstly, the case of the so-called "canzoni di 'Ndrangheta", that is, traditional songs which deal with themes such as honour, blood and "omertà", and secondly with the biographies provided by the "mafiosi" themselves, considering them as something more than instrumental justifications. Here we try to show how through self-narration "mafiosi" contribute to reproducing and transforming the cultural repertory of the mafia as something different from a mere opposition to the discourse of civil society (and its democratic code) as defined by Jefferey Alexander and Philip Smith. 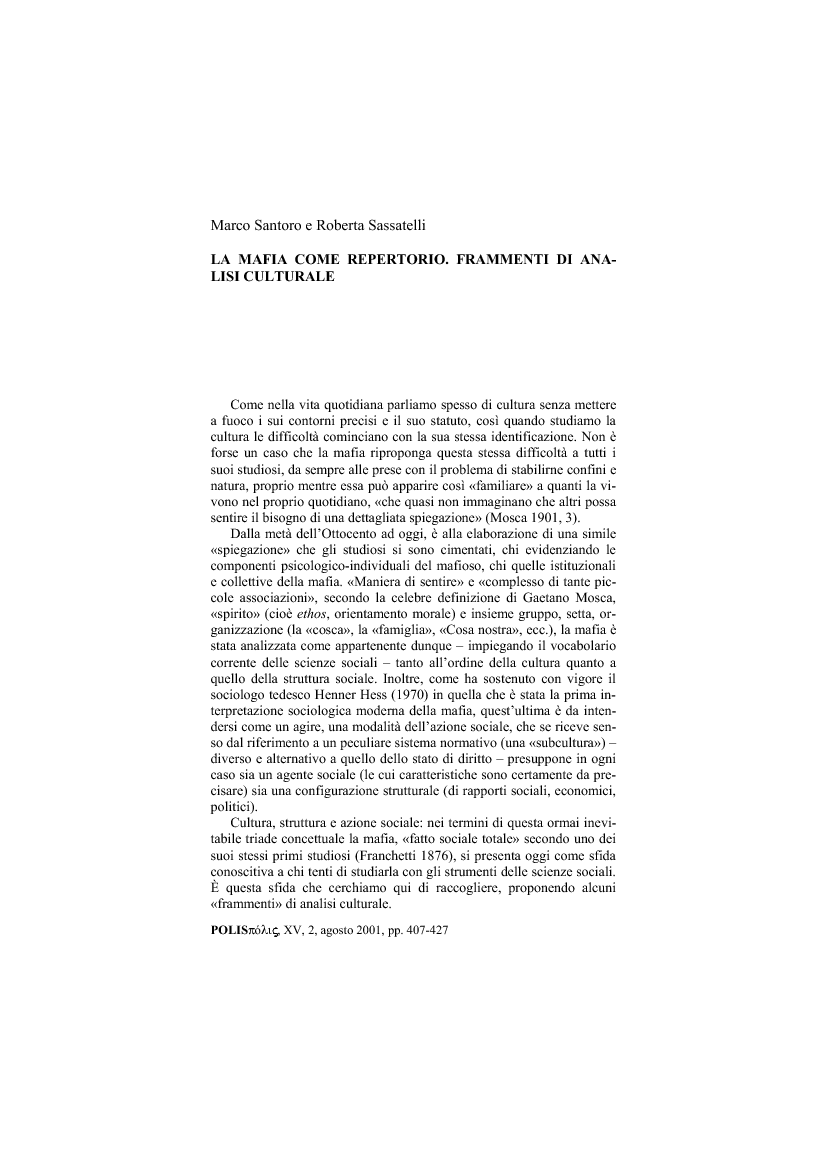