The article is based on an ethnographic observation carried on within a crew of graffiti writers in the North-East of Italy. It aims at describing the social field of graffiti writing and investigating the interplay of territoriality and normativity that inform this practice. Graffiti writing is part of hip hop culture, born in North American metropolitan areas at the end of the Sixties, and subsequently disseminated in a world-wide diaspora that cuts across race, class and gender lines. As part of hip hop culture, writing inherits a specific symbolic and normative language. Writing is specifically discussed as an "interstitial practice", in the sense that, while writers attempt at constituting their own field of activity, the constitution of their field is always imperfect and contested. Like other social fields, writing is shaped in the course of conflicts over the power of nominating practices, in other words through symbolic violence and the capillary nature of power. 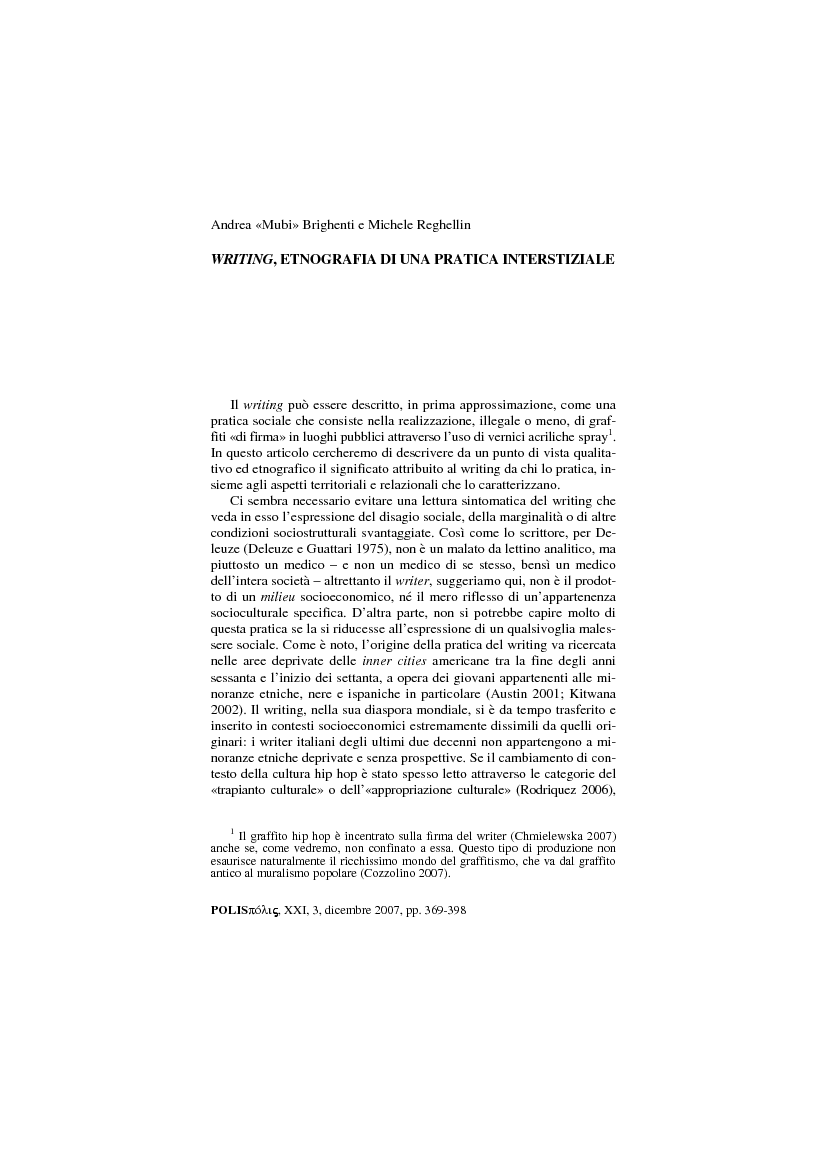