In this article the author focuses on graffiti on the walls, columns, door and window jambs in the Ducal Palace in Urbino, Italy. They represent an enormous collection of writings and drawings from the mid-15th century, when the palace in its current shape still had to be built (the palace has included some earlier buildings) up to today (in spite of alarm systems and strict surveillance). Writings and drawings are mainly carved, but some are made with charcoal, pencil or ballpoint pen... In the interior of the palace there are no writings made with spray cans. Scholars often differentiate inscriptions from graffiti: while inscriptions are official writings, graffiti are not and are often made without the permission of the owner of the building, or against his/her will. In the palace of Urbino this distinction is rather problematic: even the members of the duke's family almost certainly carved their names and other writings on the walls, as well as the representatives of the Pope, who replaced the duke's family as ruler of Urbino in 1631, when the della Rovere family died out. This probably testifies to the survival of an ancient custom by the elite of leaving signs of their presence in important places (for instance their coat of arms). Moreover, graffiti by important visitors and their entourage probably allowed the duke's family to show that they had had important guests. In this sense, the case of the Urbino palace may contribute to showing that in late medieval and early modern times the boundaries between official inscriptions and unofficial graffiti might still have been quite blurred, possibly becoming clearer in later times. 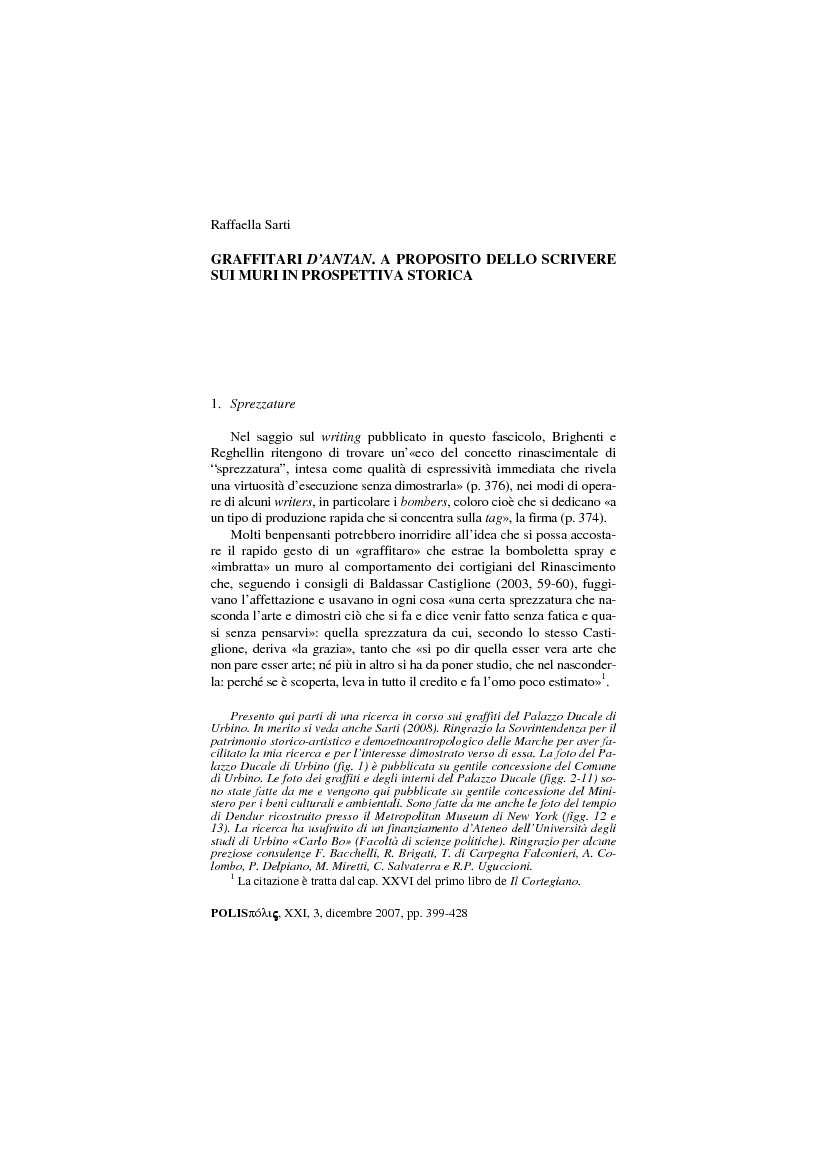