Housing is a rather neglected topic in contemporary comparative welfare research, notwithstanding its significance for both households at the mi-cro level and the national economy at the macro level. Three recently published volumes linking housing and welfare are discussed in this arti-cle. Having different disciplinary backgrounds (housing studies, social stratification research and political science), the three works present find-ings drawn from comparative research. A short review of comparative literature dealing with housing and welfare is also provided in order to frame the discussion. The article supports the need to (re)focus on hous-ing as one of the main pillars of welfare systems. Housing needs and so-cial housing are clearly an issue, but housing systems - policies, markets and informal practices related to housing - have a broad relevance, in that they play a major role in the allocation of resources to individuals and households. In Italy, family plays a key role in satisfying the housing needs of its members, as it does in the production of other welfare serv-ices. This is one of the main results from research presented in the vol-umes. Moreover, there is some evidence that this role has further impli-cations for the intergenerational transmission of wealth - and hence of inequality - and the reproduction of a familistic welfare regime. 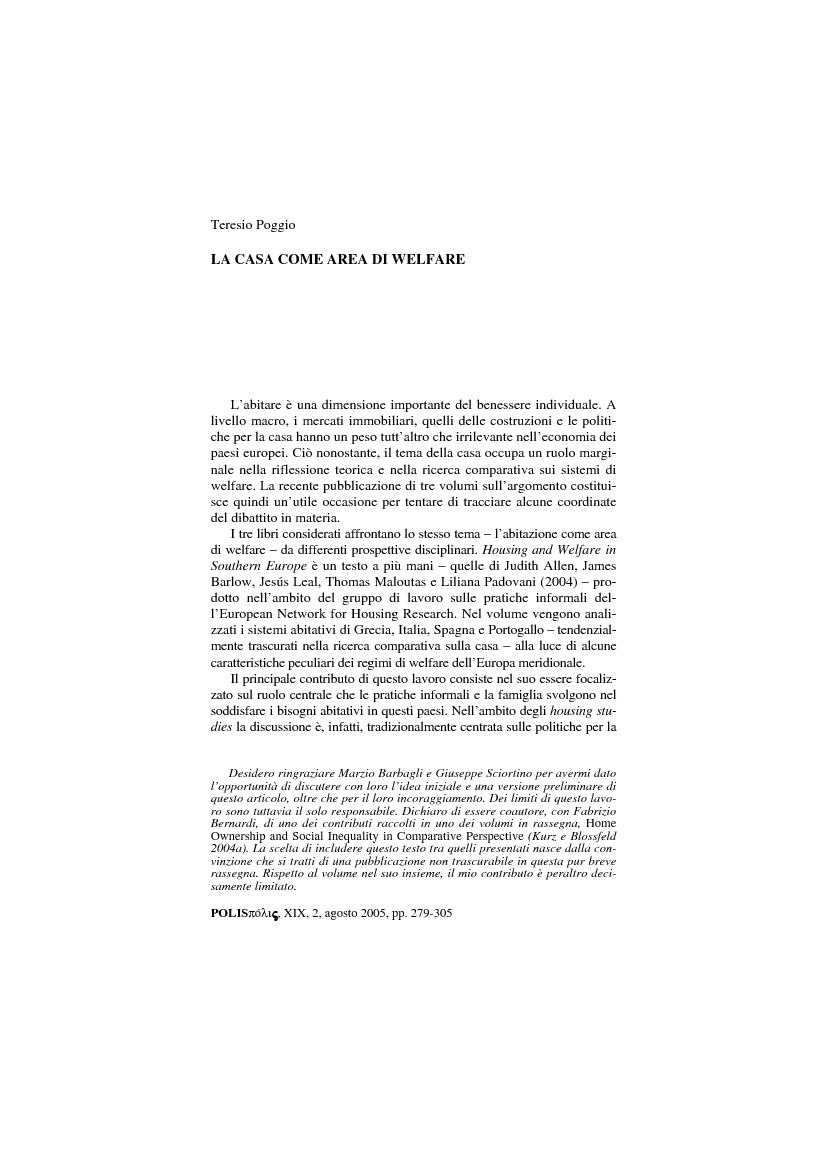