Digital commons represent important alternative forms of technology production and sharing in contemporary network society. The article presents the main results of a qualitative study on a specific case of digital commons, Ninux.org, the largest wireless community network (CN) in Italy. CNs are distributed local communication infrastructures, generally built and self-managed by grassroots organisations. Empirical data has been gathered through a mix of qualitative techniques, including 14 in-depth interviews with key participants of four major local networks (Pisa, Bologna, Firenze and Roma), multi-sited ethnographic observations and documents analysis, with the aim to investigate participation processes in this project, paying particular attention to the discursive elements and material practices among participants. On the basis of the empirical research and drawing on a conceptual framework matured on the ridge between sociology of innovation and science and technology studies (S&TS), the article's findings explore the complexity characterising the interaction between practices, technology and political visions involved in digital commons production. We argue that the adherence to the paradigm of commons enacts a complex socio-technical process, in which discourses about the governance of digital resources, political agendas and material technologies are mutually adjusted and continuously realigned to perform in practice an infrastructure as a common-pool resource. 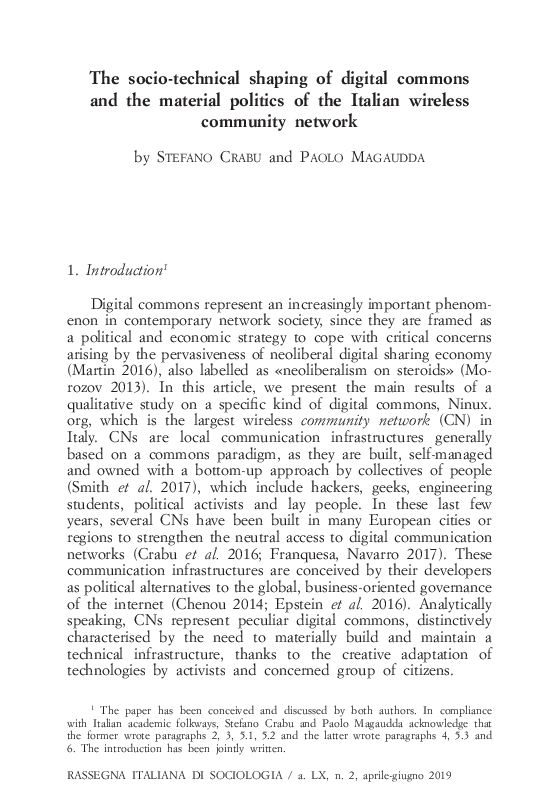