This work is a reflection on the transformation of locations of violence and memory. This complex process is bound up with the attempts of social actors to leave a trace in public spaces of the history of the above-mentioned violence. The main assumption is that the means and forms through which such places are preserved and redefined are inscribed in the strategies society activates to construct an image it wants to project, with a considerable amount of elaboration of the memory itself. To fully grasp the impact of this, a site of particular resonance to the history of the XX century was studied- la Cité de la Muette in Drancy on the outskirts of Paris. Initially planned as a public housing estate, for workers from the provinces, in 1942 it became one of the largest holding centres for the deportation of Jews during the Nazi occupation; after the war in 1945 it was reconverted to its original purpose. Through the subsequent history of the site and of the mediators of memory (symbols, plaques, signs) we become aware not just of its violent and traumatic history, but also of the attempted evasions and removal of uncomfortable truths, which have now re-emerged. At Drancy, following the different phases of the official account of the concentration camps and deportations in France, we begin to understand how the telling of a place of such dreadful significance is fought over by different interests that reconstruct its history to serve different social and political ends. 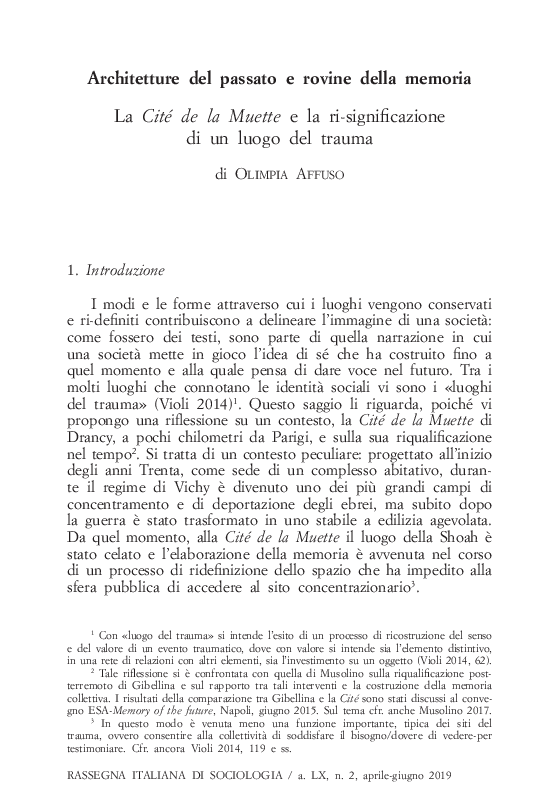