How can we remember terror and how can we forget it? How can we commemorate it? Is there any cultural shape of remembering terror, which is more suitable than others? By addressing the issue of the social representation of a very controversial past - the slaughter at the Bologna railway station in 1980 - the focus is here on the relation between the collective knowledge of public events, such as a terror attack, and the process of their fixing and shaping into social practices (commemorative ceremonies) and cultural objects (public symbols of the slaughter). It will be shown how, in the Bologna case, this process reflects tensions and articulates contradictions in the public inscription of the legitimate version of this past, between state and civil society. It will be argued that, due to a specific group of agents of memory - composed primarily by the Association of the victims' families and the Committees of solidarity founded in the city during the last two decades - the structure of the commemorative ceremony has lead to the public fixing of a specific genre of memorization in Italy for the victims of terrorism. This genre, that defines the number of its degrees of freedom (the range of possible variation within itself), becomes a crucial key to understanding the public making of cultural memories. 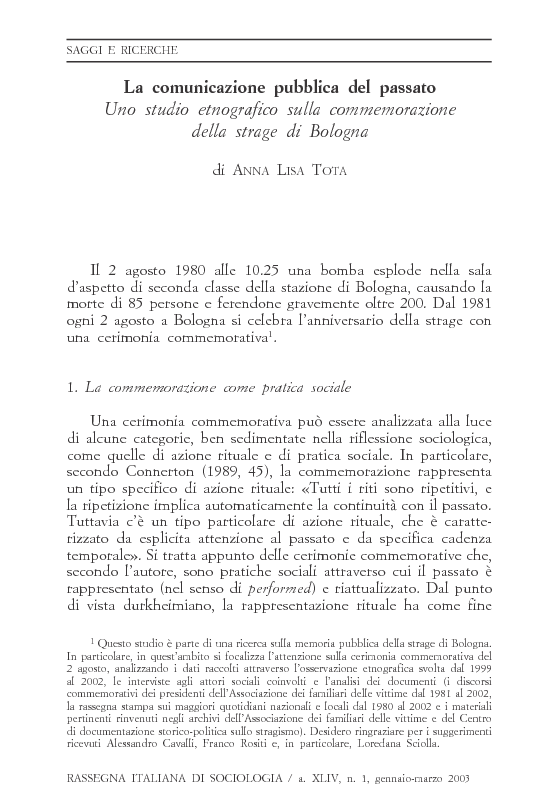