The connection between religious conflicts and the politics of identity in contemporary society comes about, roughly speaking, through the consecration of an ethnic identity, which is a veritable process of social construction. Human groups (peoples, nations, minorities, tribes, religious movements etc. and their leaders or political "entrepreneurs") tend to mobilise the following main symbolic resources: the holy scripture of the collective memory; the transformation of a given land - in which the group claim to have their historical origins - into a Holy Land; the identification of an Enemy, at the same time both real and symbolic, viewed and emotively experienced as the Antithesis, the Evil One, responsible for all the evils and frustrations which afflict the social group. Thus defined, the ethnic identity takes on the appearance of the Pure against the Impure. Hence, the idea of resorting to holy violence is legitimized. Comparing various case studies, we therefore find a series of symbolic elements with respect to which religions act as devices for legitimizing and reinforcing the belief in the "myth of ethnic purity". The Millenium is coming on earth and the politics of Paradise becomes a repertoire of the collective action. 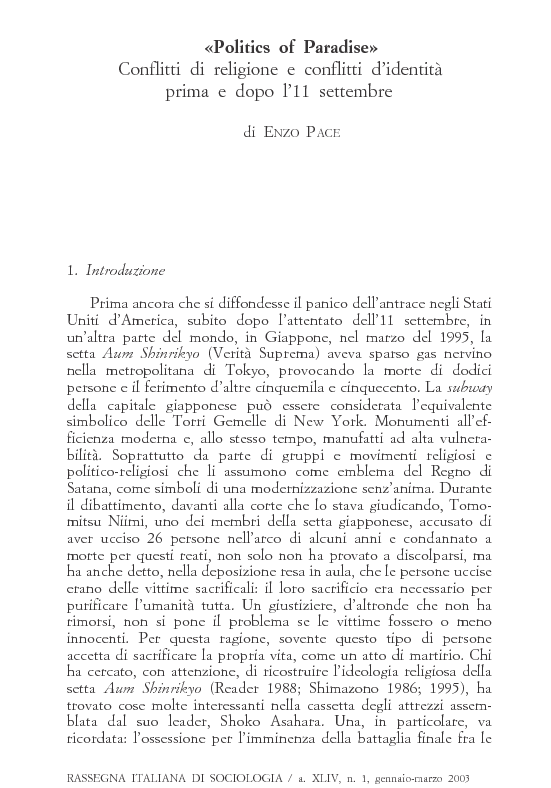