In the last decades the issue of critique has been interpreted in different ways: on the one hand the social context has changed, the interpretation of difference and social inequalities is more complex and this has scattered the normative basis of critique and weakened its collective and public forms; on the other hand, the issue of critique has been involved in the theoretical reflexions brought by the linguistic and the practice turns, the abandonment of the concept of ideology, the processes of individualization. The heuristic, methodological and epistemological comprehension of the concept of critique is unsettled. The aim of the article is to analyse these transformations and to discuss the theoretical problems involved in the passage from a meta-critique - collective, normative, structural - to situated and contingent forms of critique. 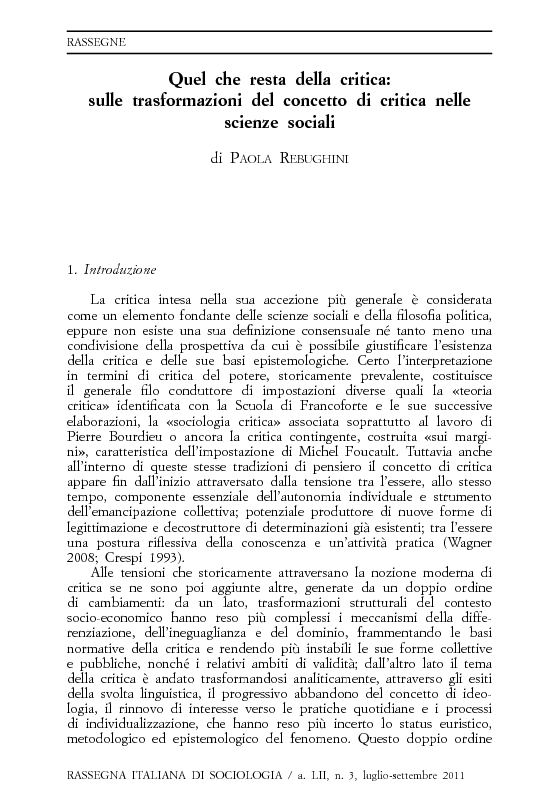