The term «heuristic» had a wide range of uses, sometimes with different meaning, in the cognitive sciences and more precisely in the field of judgment and decision making. In Simon's view it corresponds to an satisfactory procedure, often applied almost automatically and with a reasonable degree of reliability, although it also allows the decision-maker to achieve, without consuming excessive time and cognitive resources, a goal that he had in mind. In Kahneman and Tversky's view, the concept of heuristic is associated with the limits of the cognitive system and is linked with the problem of rationality because it explains the distorting effects generated by its almost completely intuitive functioning. The «fast and frugal heuristics» approach proposed by Gigerenzer and the ABC Research Group is different. In this view, heuristics can be rational if they fit the structure of the environment in which they are used. Therefore, heuristics are not directly compared with rational models of choice. In turn, its meaning appears more consistent with Simon's original approach, because heuristics are not exclusively generated by applying a rationality principle to the way we think and solve problems. Rather, it considers a scenario in which the individual decides and solves problems thanks to his ability to adapt to that scenario. 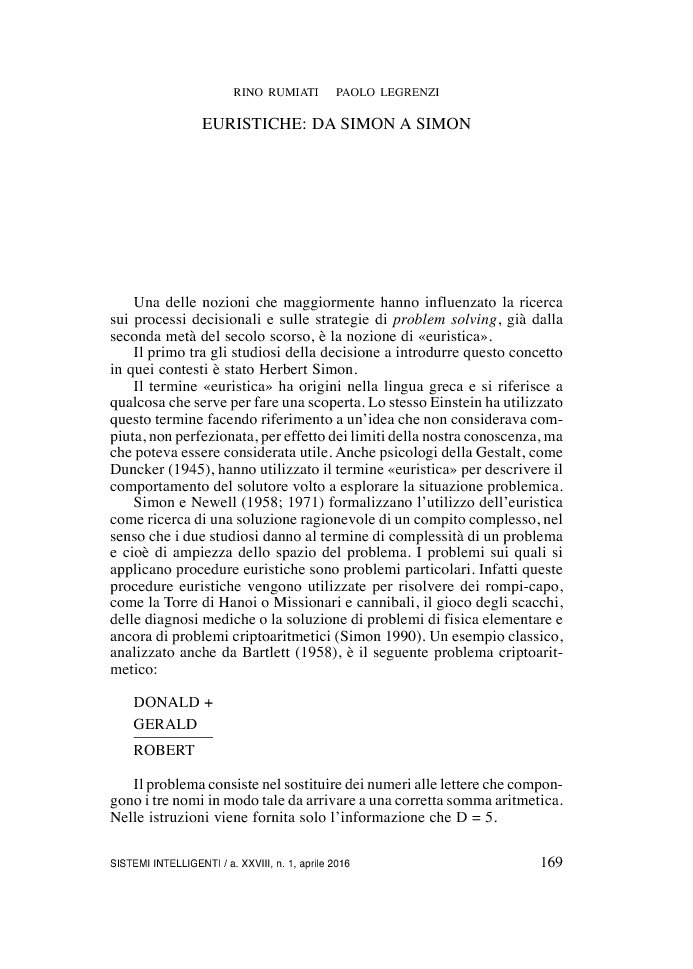