Since the late 1960s, psycholinguists have been interested in the speech errors spontaneously produced by the speakers as a source of evidence for accessing the architecture underlying real-time speech production processing. In more recent years, the presentation of anomalous linguistic structures to the speakers has become a common experimental method in the field of neurophysiological research of the brain mechanisms involved in language perception. In the first part of this paper, we present a short review of the main experimental paradigms that use linguistic errors as a heuristic tool to assess the language faculty, and we discuss some of their advantages and limitations. In the second part of the paper, we propose a novel experimental paradigm called Free Distortion Task (FDT). In this task, the subjects are required to read a sentence and to memorize it, then they are asked to repeat exactly the same words as in the stimulus, but arranging them in a different order. The task is aimed to elicit syntactically anomalous structures that are freely produced by the speakers, in order to assess whether the elicited word order distortions follow any systematic, regular patterns rather than random sequences. Since the participants are not allowed to read the original sentence while they are preparing and producing the response, the task requires both recall and executive processes based on working memory resources. We thus hypothesize that, although the subjects are free to modify the word order in any conceivable ways, they may adopt some strategies in order to minimize the computational cost of producing their responses. In the last part of the paper, we describe and discuss the results of two experiments that we performed using the FDT: the results show that the task provides a powerful, promising method to access the implicit syntactic analysis of the linguistic structures spontaneously produced by the speakers. 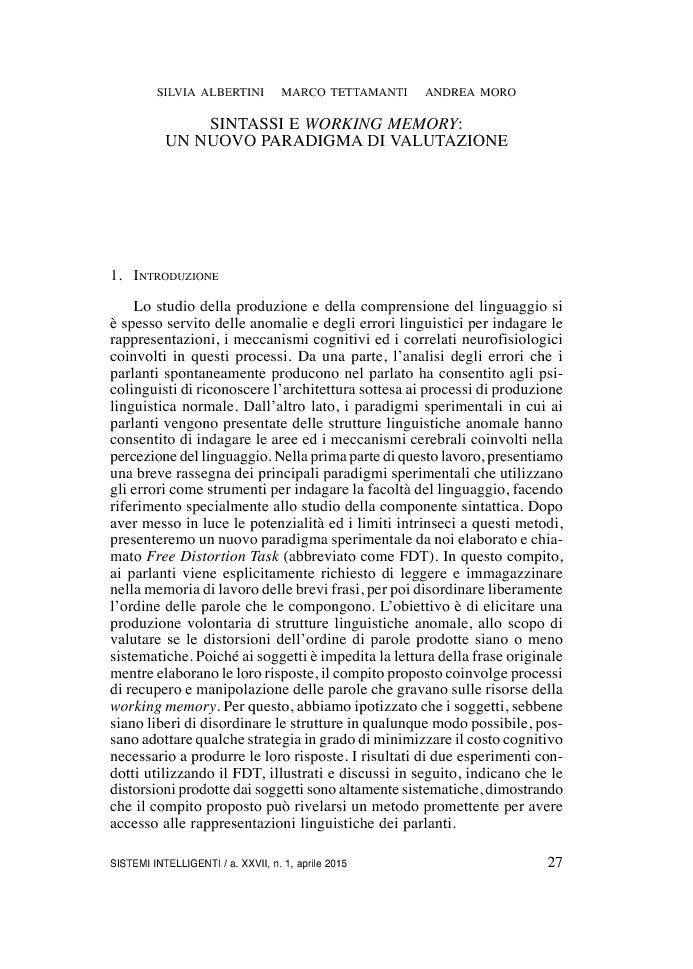