The study of social cognition, i.e., the various psychological processes that enable individuals to successfully interact with others, has largely focused on dyadic interactions. Group cognition, including the processes that enable a group to be established and maintained, has received in comparison surprisingly little attention by cognitive psychology and cognitive neuroscience. The reasons for this neglect are to be sought in the difficulty of producing group-like phenomena in laboratory settings, as well as in the widespread assumption that group cognition involves indeed the same processes involved in dyadic interactions. Under this assumption, the difference between dyad and group would be quantitative rather than qualitative: by mere extension, the same abilities that enable social cognition at dyadic level, would explain social cognition at the group level. Here we question this view and present evidence that groups, even minimal groups, do not function as extended dyads. The first part of the article deals with visuo-spatial perspective taking. In the second part, we review extensions of the effects of interest in the domain of motor resonance and emotional contagion. Finally, we consider open theoretical and methodological questions: What and how should we measure in complex contexts of interaction with and between multiple agents? How does the organizational layout affect the interaction process? We do not attempt to provide definitive answers to these questions, but rather to show how the study group cognition opens up new possibilities for research, forcing social cognition into a new turn. 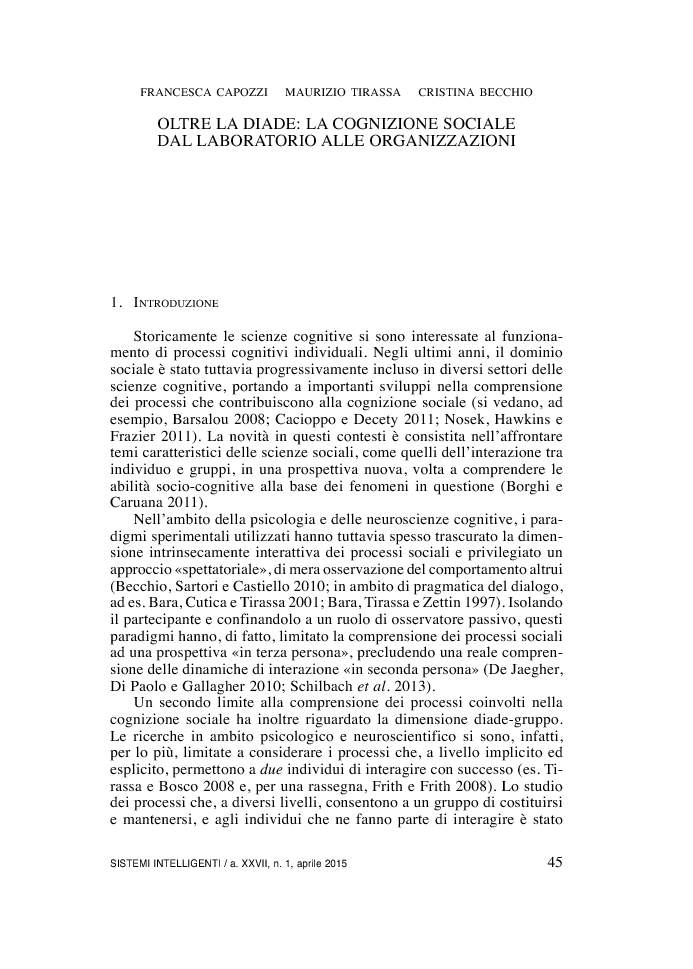