A plethora of research has focused on the nature of the unconscious processes involved in low-level perceptual analysis (e.g., pattern completion), language (e.g., syntax), memory (e.g., implicit memory), and action control (e.g., motor programming), but little investigation has examined the nature of the unconscious processes associated with the 'internal observer', that is, the agent that is sensed to experience one's ongoing perception, language, action control, and other forms of processing. It seems that, under normal circumstances, the internal observer is ever-present and unchanging, even though the underlying neural activity and experienced stream of consciousness is an ever-changing process. For example, when perceiving the same stimulus, one experiences changes with respect to how the stimulus is perceived. Yet, when faced with such changes, the phenomenology of the self remains unchanging. The lay intuition is that, though one's perceptual experiences and stream of consciousness may be in a state of constant flux, one always senses as if the same, ever-present observer is experiencing these conscious changes. Surprisingly, there is no empirical evidence on this intuition. Along with an examination of this intuition, we introduce corroboratory evidence about the sensed stability of the internal observer. In our project, participants reported when they felt that a given unchanging visual stimulus (e.g., twelve stable dots) somehow "looked different". Participants also noted such changes in ambiguous stimuli (e.g., Necker cube) and in the internal observer. More attentional changes accompanied ambiguous than non-ambiguous stimuli, but substantially more changes were reported for stimuli than for the internal observer, corroborating the hypothesis that the experience of self remains stable across attentional perceptual changes. The theoretical implications of this basic finding are discussed, particularly with respect to the largely unconscious representational requirements that these attentional contrasts require. 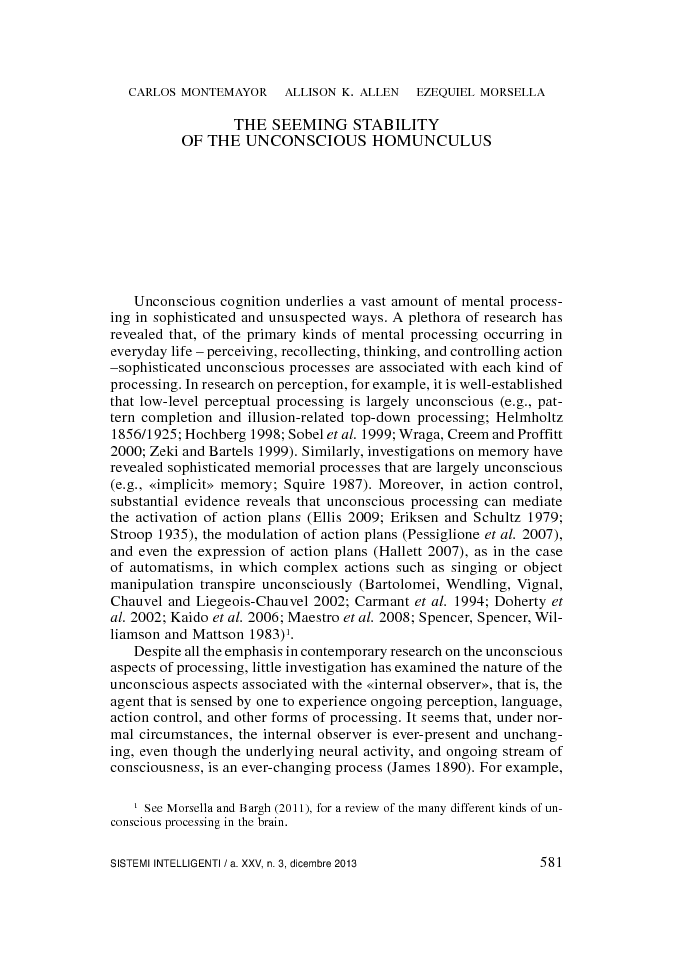