Braitenberg's neuroanatomical research was carried out in the endeavour to identify the network structures specific to a given part of the brain. But, more generally, his work concerns the functional interpretation of brain structures. Yet, since computers came into play in the 1950s, Braitenberg was well aware of their potential for bridging the gap between neuronal structures and mechanisms, namely, for building up models of brain functions. In this paper we shall argue that the relationships between structure, information and models constitute the spine of Braitenberg's systemic-cybernetic thinking. In a nutshell, the quest for a model calls for the interplay between structure and information. Meanwhile, defining information in terms of structure leads to reconsider the meaning of a model at a certain level of explanation. In this perspective, we begin by discussing his noteworthy contributions to functional neuroanatomy, in particular those related to charting the visual cortex, where Braitenberg explicitly addresses the issue of how to set up a model so to in efficiently account for the underlying neural mechanisms. Then, we consider his unconventional approach to the concept of information, which is shaped in terms of structural information, rendering it a powerful tool for understanding and thus modelling the neural mechanisms of cognitive functions. The paper concludes by suggesting and discussing some implications of Braitenberg's view for most recent and lively debate on models and levels of explanation in the behavioural sciences. 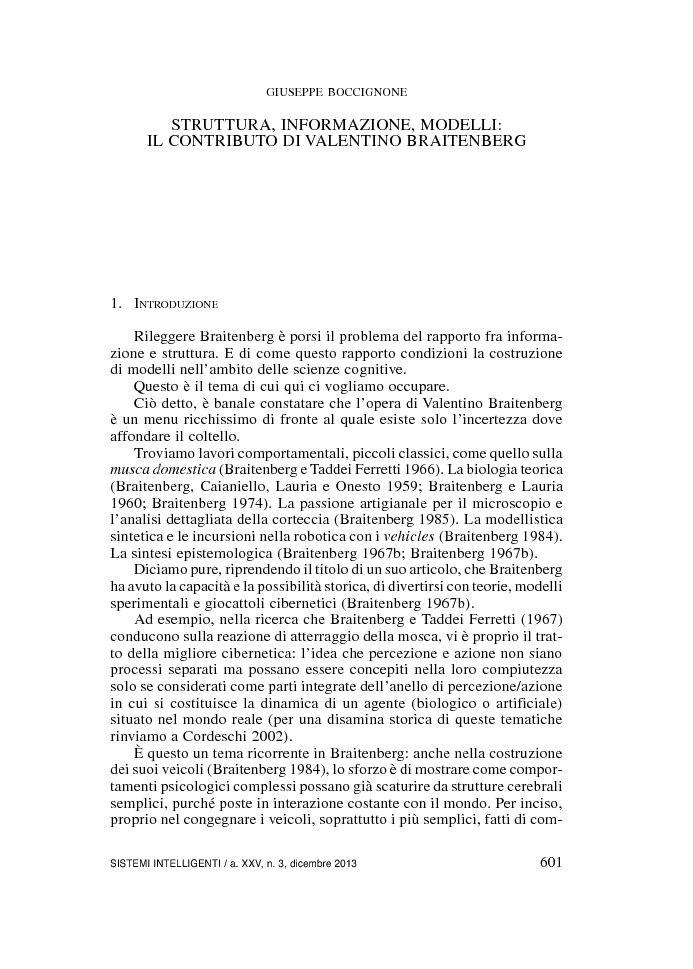