Punishment plays a crucial role in achieving and maintaining norm compliance. Several experimental works have shown that cooperation greatly increases when punishment opportunities are allowed. However, these studies have mainly looked at punishment from the classical economic perspective, as a way of changing people's conduct by increasing the cost of undesired behaviour. In this paper, we distinguish between two enforcing mechanisms, punishment and sanction, focusing on the specific ways in which they favour the emergence and maintenance of cooperation. In particular, by punishment we refer to a practice that works only by imposing a cost, while by sanction we indicate a practice that also signals the existence of a norm and that its violation is not condoned. To achieve this, we have developed a normative agent able both to punish and sanction offenders and to be affected by these enforcing mechanisms itself. The results obtained through agent-based simulation show us that sanction is more effective and makes the population more resilient to sudden than mere punishment. 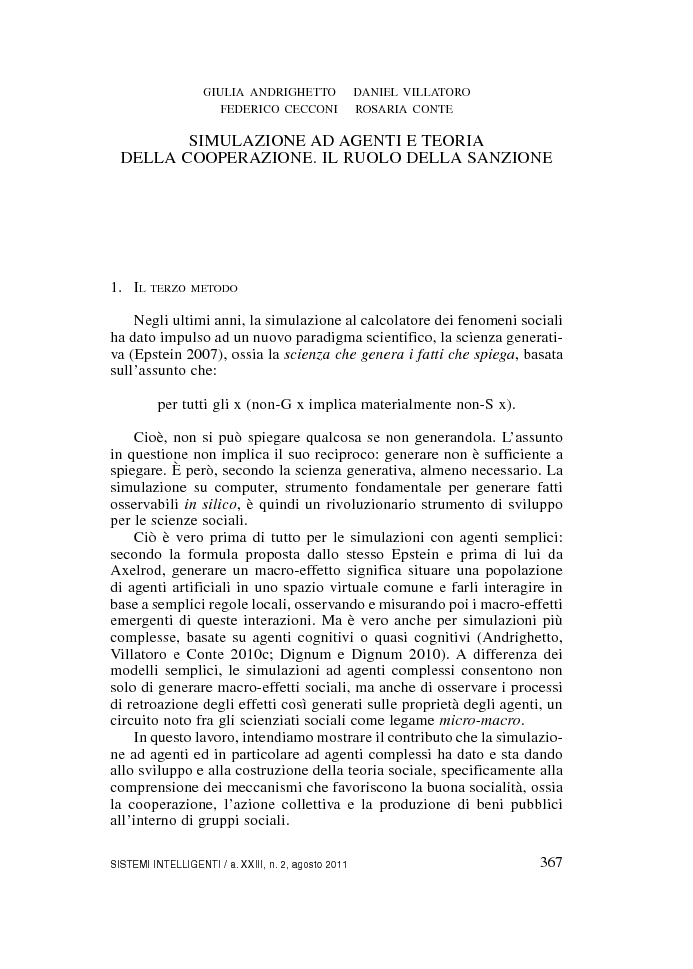