In spite of the intrinsically social nature of human beings, research in Cognitive Neuroscience has mainly focussed on the individual. Only recently have studies started to explore the neurobiological basis of our social abilities and their evolution and thus gave birth to Social Neuroscience (SN), a new research field at the intersection of the Social sciences and Neurosciences. SN mostly inquires how evolutionary pressure has favoured the emergence of the specialized social brain networks that allowed humans to build up complex societies. Related to SN is the field of cultural neuroscience (CN) a discipline aimed at understanding how Society and Culture shape our minds and brains. Scepticism about the possibility of studying the above complex behaviours using the reductionist and oversimplifying methods of Neuroscience has been expressed by traditional scholars of brain and mind. However, we believe that the increasing sensitivity of neuroscience techniques and theoretical approaches will ultimately allow us to understand the neuroplastic processes that allow social interactions to shape of our brains. It has been demonstrated, for example that even very basic behaviours like reflexive social attention, are influenced by higher-order variables such as social status and political affiliation. This shows how our tendency to form groups on the basis of dispositions, preferences and ideologies can affect fundamental cognitive processes. We believe that neural ad behavioural implicit markers of social preferences and bias complement and extend the knowledge deriving from surveys based on explicit responses. Thus, the SN and CN new approach, promises to be very important for both neuroscience and social psychology. 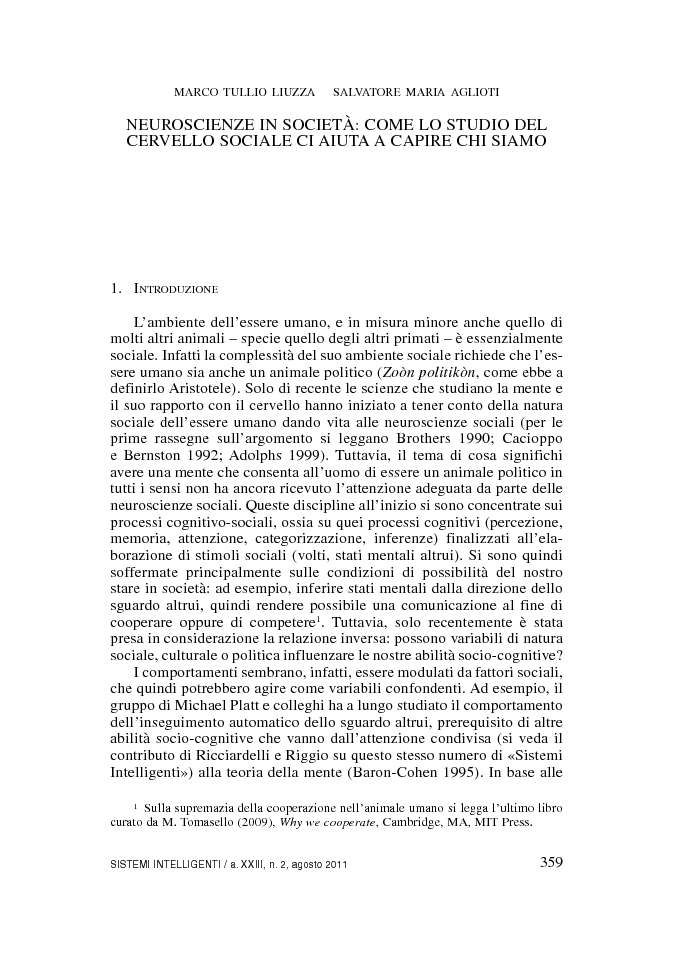