In coordination games agents' strategies often differ from normative models' prescriptions. Most games are characterized by divergence of interests among agents. Since divergences may elicit strong emotional reactions which may affect agents' coordination strategies, psychologists studying effects of salient and pervasive emotions as anger define behavioral models which could fruitfully integrate economic models to yield more accurate predictions of agents' strategies in coordination games. To respond the critique of behavioral models' limited generalization capacity, this paper reviews research on the role of anger in a variety of coordination games including negotiation, ultimatum bargaining, prisoner's dilemma and resource dilemma. We reported two different type of effects of anger: intrapersonal and interpersonal effects. The former refers to the impact of agent's feelings of anger on their own strategy and the latter refers to the impact of one agent's anger on the other's strategy. The main intrapersonal effects of anger is increasing competition strategy in all coordination games. In contrast, the interpersonal effects of anger differ across situations, with anger some times eliciting cooperation, sometimes eliciting competition, and sometimes having no effect depending on agent's relative power, anger's target and contextual factors as observers' presence. 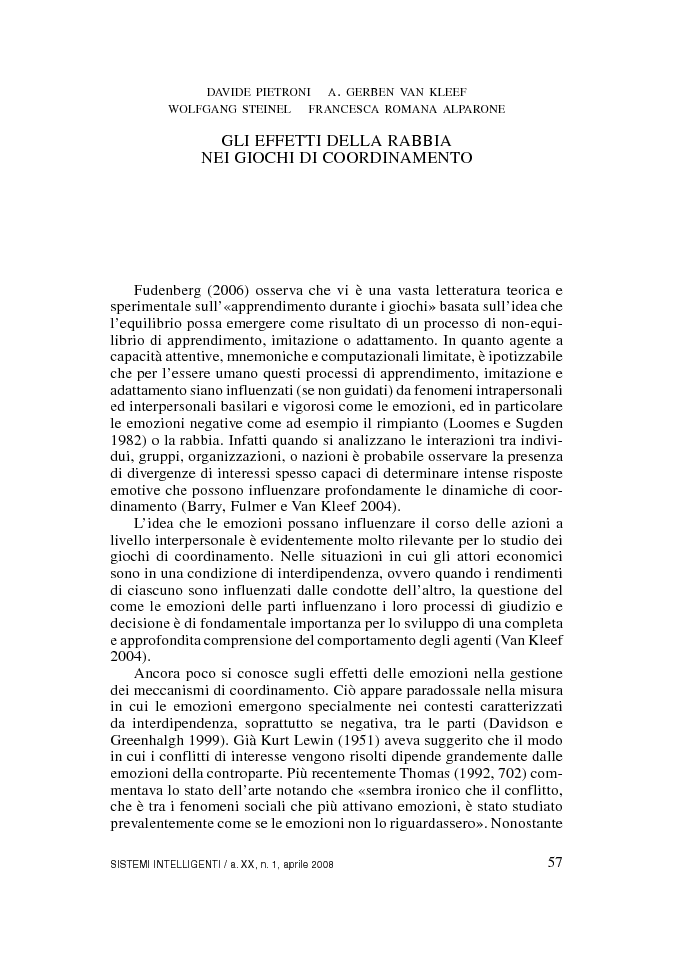