In this paper I propose a link between addiction and the functional role of the insula, a wide cortical region buried in the dept of the Sylvian sulcus that is still poorly understood from the neurophysiological point of view. However, a renewed interest for this region followed the recent hypothesis according to which insula is an interoceptive cortex. Here I will discuss the possible functional role of the insula emerging from neurophysiological studies, and I will show how some aspects of the disruption of addiction, but even some psychological diseases, could be explained by the concept of «interoceptive agnosia», derived from the concept of visual agnosia and applied to the role of the insula. 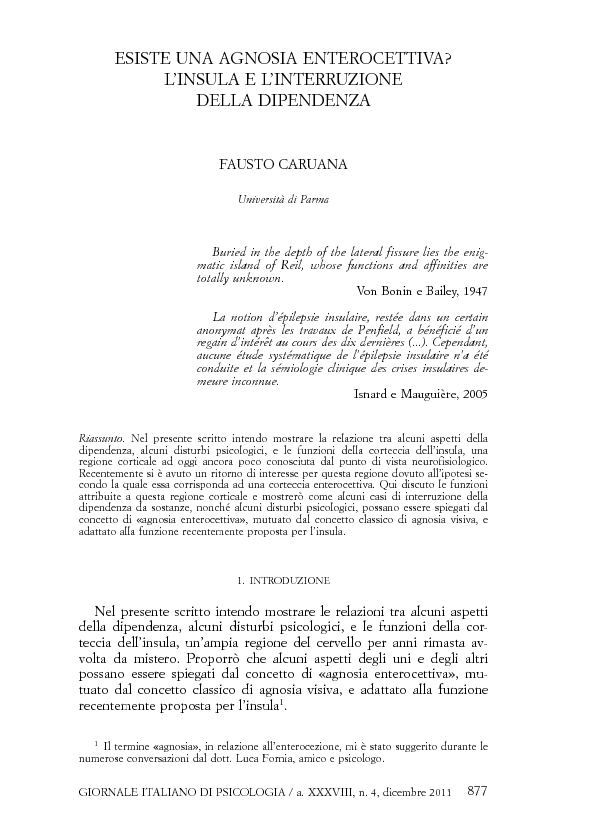