We have investigated how couples of parents evaluate their actual and ideal behaviour according to three central parenting domains (social, didactic, disciplinant). In this study, each subject provided a evaluations about himself or herself, and about the other partner. In addition, we considered the influence of the socio-economic level (measured by the Hollingshead index) and of child age on the structure of the ideas about parenting. Participants of this study were 307 mothers and 307 fathers (aging from 18 to 55 years) of firstborn children (aging from 2 to 48 months). The results showed that both parents indicate that they are most stimulating in the social interaction domain. Moreover, they would like to be even more active in the same domain. Both mothers and fathers believe to be active in disciplinant interaction in their children's education, while they evaluate to be less stimulant in the cognitive and the didactic domains. Mothers and fathers of our sample differ in the evaluation of social and didactic stimulation they give their children, both groups indicating that mothers are more active. Finally, differences on disciplinant evaluation are observed according to their socio-cultural level. 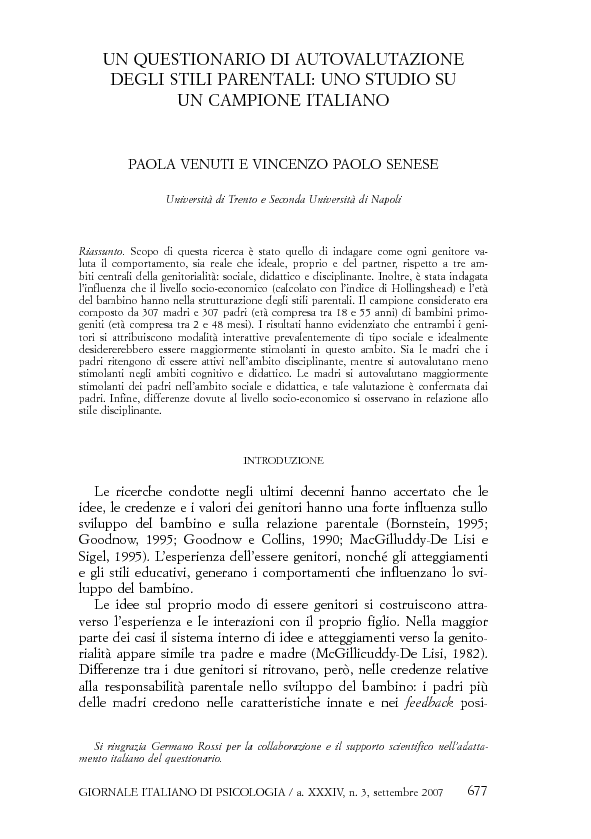