With the "Sacrosanctum Concilium" the Italian ecclesiastical world was presented with a challenge without precedent, because it had put to one side the repertoires that, inspired by a Romantic and decadent conception, preferred artistic quality to the communication of faith and preferred the musical work and the idea of a concert to a concept of prayer in song. At the same time, the need was expressed to create a new repertoire of texts and songs in the common tongue and make people sing who had never had any training. Very soon the choir directors and organists, committed to promoting congregational participation and an active role of the "schola", realized that singing and music in the liturgy was an action and not a style. The priority issue was therefore not that of managing particular repertoires. The urgency was, and still remains, that of training to sing, by creating an apprenticeship in the basic techniques and proposing a music provided with structures suited to the size of the congregation, towards which the "schola" performs numerous functions. This requires a capacity to choose the models of communication that best convey the messages. And since the musical style adopted in the liturgy derives from the culture of those performing that function, all repertoires are relative to the needs of prayer. After reflecting on the data offered by concrete experience and analyzing the publications and animation proposals promoted in the last forty years in Italy, one readily understands why one finds an atrophy of communication when a musical repertoire is proposed without considering the linguistic and perceptive habits of those taking part in the rite. Instead, the living language and music must act as codes for the community that celebrates and must therefore act primarily as instruments at the service of its users, the targets of distinct messages. The characteristics of certain recent compositions show that, also in Italy, in the presence of specific professional skills it has been possible to initiate a musical idiom worthy of the liturgy, the aesthetic dimensions of which is proportionate to the level of training to awareness and attention to the level of expression. 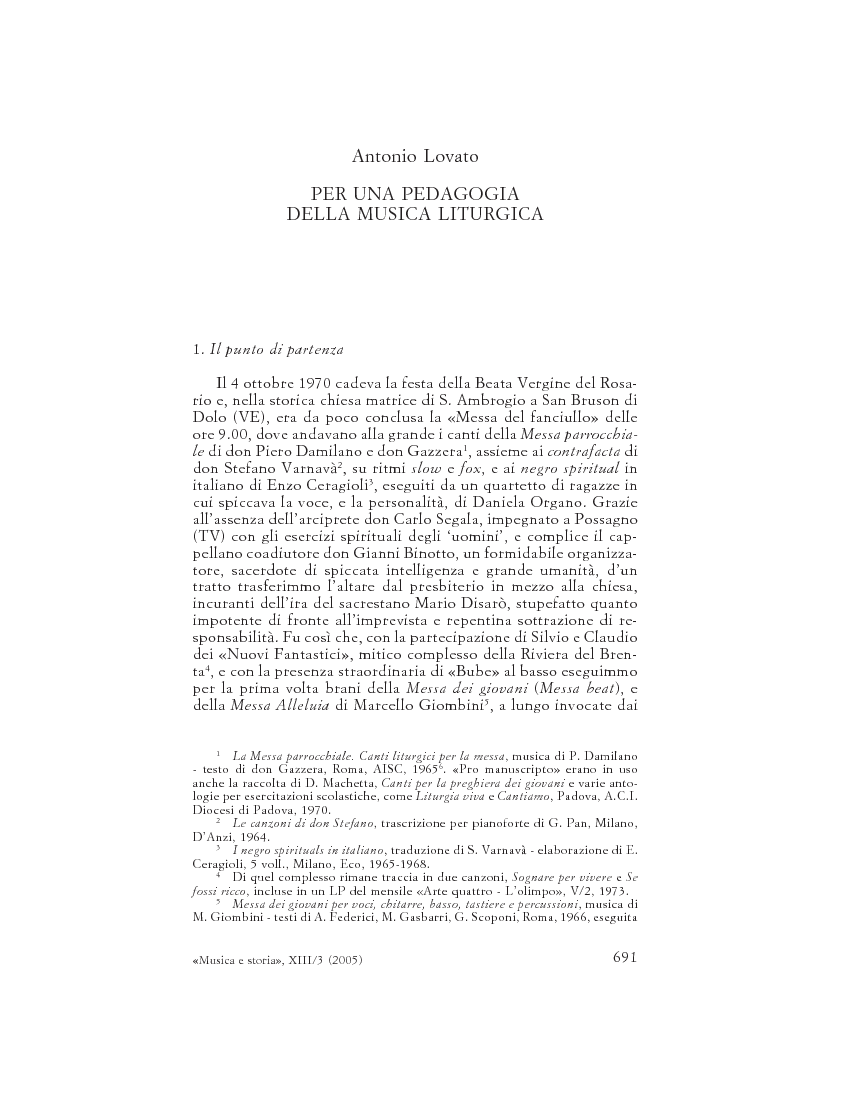