One of the most characteristic phenomena of the second half of the nineteenth century was that of the great expositions: an effect, on the propagandist level, of the rapid advancement of scientific research and of the amplification of the geographical and historical co-ordinates of the known world. These exhibitions were similarly prevalent also in postunification Italy, taking the place of the local trade-fairs and shows, although maintaining at times their structure and spirit. Music constituted an element of noteable interest in many expositions; few, however, entrusted a predominant role to the art of sound. The International Music Exposition ("executive and demonstrative"), held at Bologna in 1888, represented an extremely singular case of thematic emphasis, by reflecting the state of works in the field of musical studies that were beginning to take form in Italy during that period. The exhibition had the merit of reintroducing performances of works from the past and revealing sources and ancient musical instruments, as well as instruments from other cultures. This essay analyses the Bologna exhibition from a double perspective: that of its devisers (evidenced by archive sources) and that of the users (evidenced by the national and foreign press), exposing the many difficulties that arise from the comparison of a culture with its past and with the artistic expressions of other civilisations. 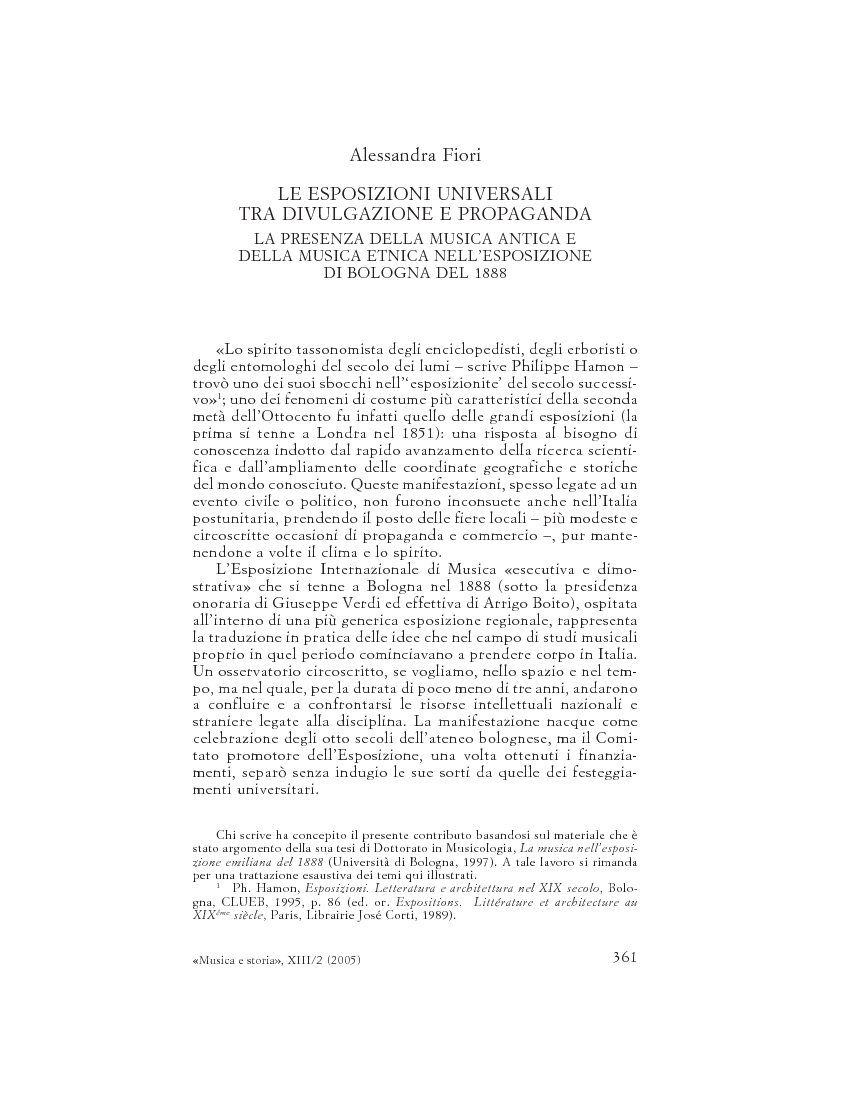