Andrea Zanzotto defined Meteo as a fragmentary, provisional book. Nevertheless, to the careful reader the collection appears not only remarkably consistent, but also tightly related to one of Zanzotto's major works, Il Galateo in Bosco. The peculiar feature of Meteo lies in the structural function performed by vegetal beings, which played only a minor role in previous books. Here Zanzotto's choice falls on common, spontaneous, often invasive species (such as poppies, traveller's joys, Jerusalem artichokes), which regain territories deeply wounded by history and human misdemeanours. These species are the same botanical essences that Gilles Clément has been studying since the Eighties, hereby restoring the friche and the involuntary art of the 'vagrant plants'. 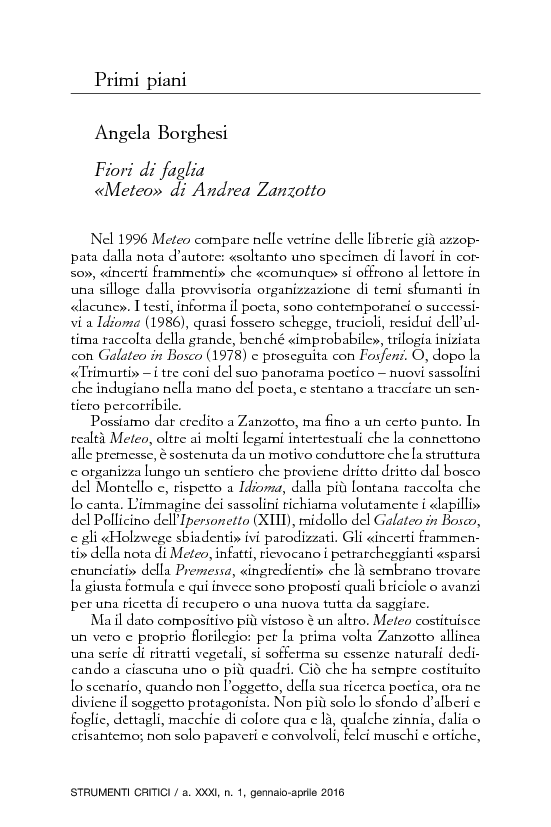