After the publication of "Die Aufzeichnungen des Malte Laurids Brigge", the circumstances which mark the birth of the "Duino Elegies" in January 1912 sound as a new start in Rilke's poetic career. When seen retrospectively, however, the beginning of the first elegy also seems the natural development of a complex poetic evolution which eventually resulted in the Duino Elegies. This itinerary can be traced by following the "leitmotive" of the poetics of wonder in the elegies, focusing on the first, the seventh, and the ninth poems of the collection. The milestones of this poetics are the passage from the 'work of the eyes' to the 'heart-work', the journey to Egypt, Plotinus' treatise on beauty and his notion of "delightful terror", and Kant's idea of wonder. These are part ofthe wider context of Rilke's angelo-centric poetics of wonder that involves man and the universe as well as a shift from the metaphysical to the natural viewpoint as Rilke's interest is focused on this world, at which he looks in an admiring way. 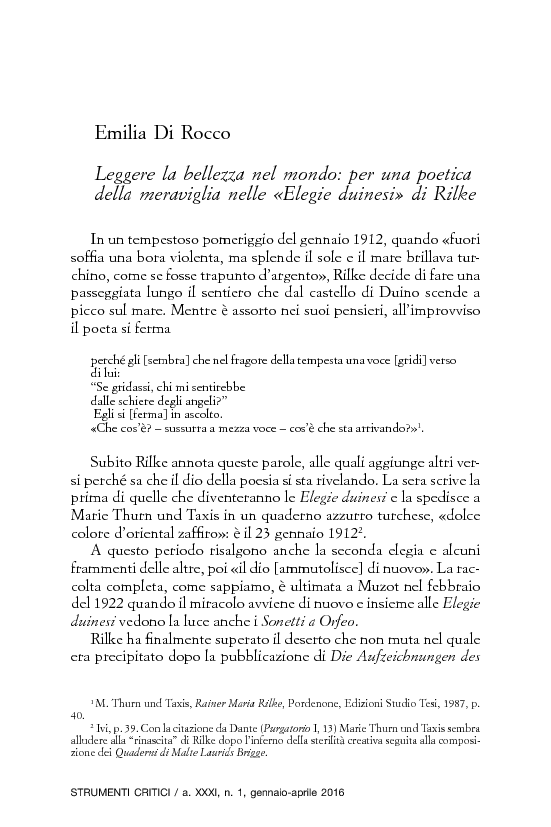