Especially since Schlegel brothers and Nietzsche, scholars have emphasized the harmonious structure of classical tragedy in contrast with the dissonance of the 'philosophical' tragedy, exemplified by Hamlet. Disharmony, which is subject and form of the modern tragedy, causes many problems, as T.S. Eliot' critics of Shakespeare's masterpiece easliy show. Just like Shakespeare, who, twenty centuries later, was deliberately disharmonic, Euripides, the less classical of the three classical dramatists, realized he couldn't work with an harmonious structure anymore and adopted a new standard of tragedy. 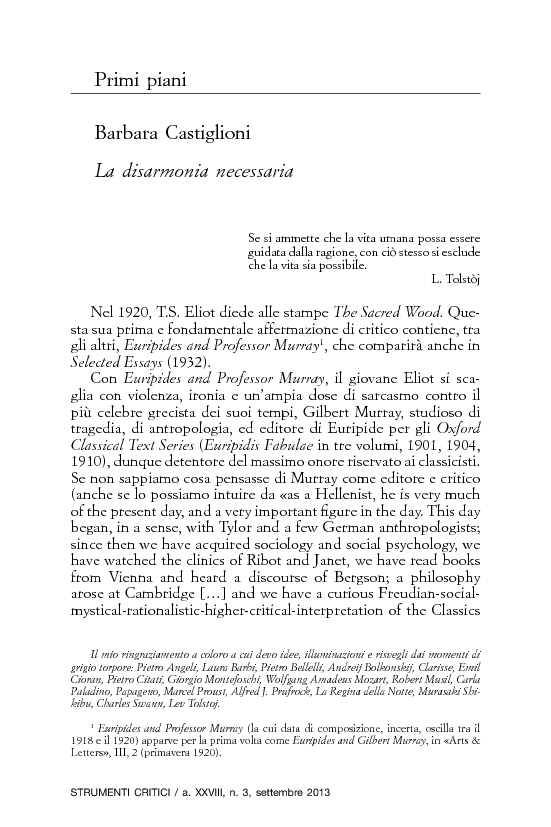