In the last two months of war, March-April 1945, Bill Pickering was a radio operator for the British Mission at Cisterna d'Asti in Northern Italy. In June 2006 the Italian translation of the book that tells his experience, was presented at Cisterna to a public that counted many of the partisans who were still alive by that time. None of those present had known anything about the chapters where Beppe Fenoglio describes these same events in his great Partisan epic. The present essay describes the reactions of Major Adrian Hope's son, Head of the Mission, and of Chiaffredo, whose father, Francesco Bellero, was Second-in-Command in the Partisan Formation. 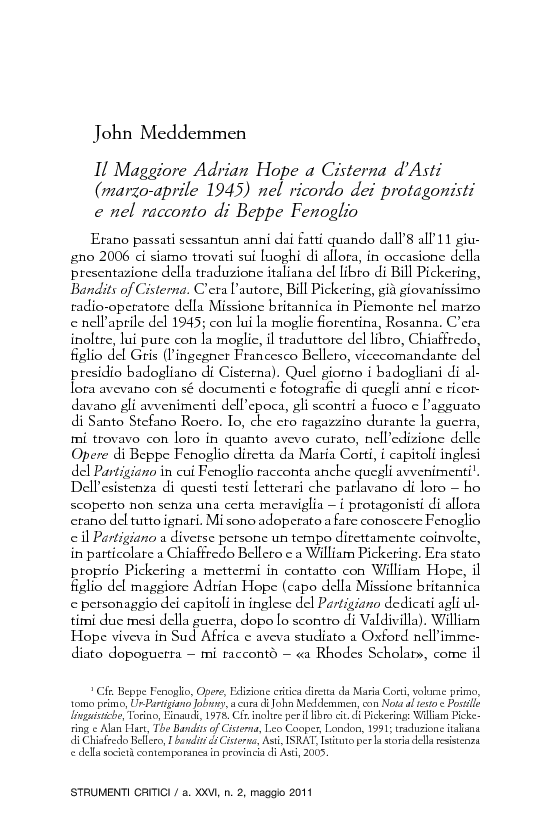