This article takes its cue from the impressive hermeneutical suggestions which Bakhtin makes on Dante’s «formal polyphony», identifying in it the anticipation for what the Russian scholar defines the «polyphonic vision of the reality» as an artistic principle in Dostoevsky. Dostoevsky, who created the polyphonic novel, had a «gift for hearing and understanding all voices immediately and simultaneously, a gift whose equal we find only in Dante»; «If we were to seek an image towards which this whole world gravitates, then […] it would be the image of Dante’s world, where the multi-leveledness is extended into eternity» (M. Bakhtin, Problems of Dostoevsky’s Poetics). Starting from these intuitions, which have never been profoundly examined and developed in the comparative studies, we try to compare the positions of the two great writers, recognizing in them, despite the obvious differences related to the historical and epistemologic contexts, a common literary and ethic design. 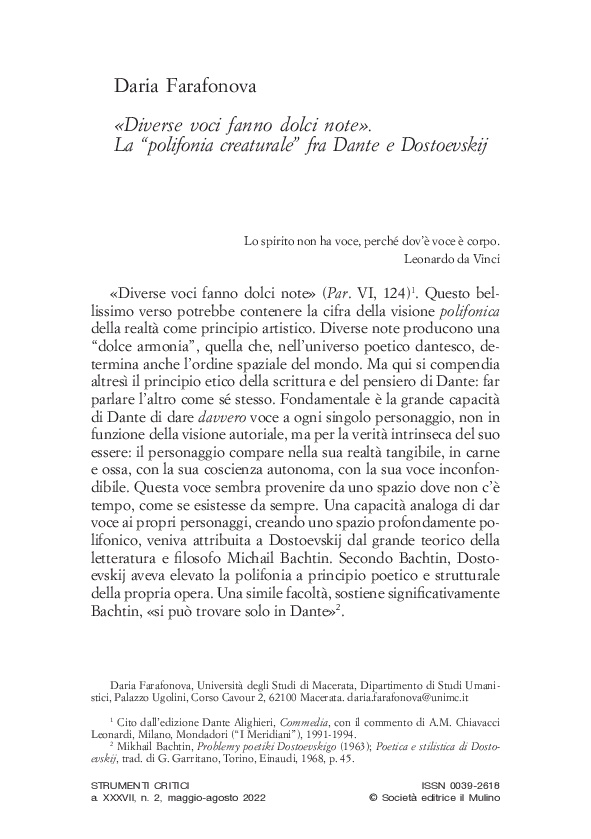