It is likely that the zenith of the photo booth’s success as a ‘desiring machine’, capable of attracting painters, writers, performers, photographers and directors was the 1970s. In this essay three encounters between Peter Handke and the Photomatic are recreated; in A Moment of True Feeling (1975) and in The Left-Handed Woman (both the 1976 novel and the film realised the following year), this ‘fantastic image creating machine’ – as Wim Wenders described it – plays anything but a secondary role. Despite being very different stories, Handke perceives, in these works of his, the necessity of representing the photo booth, an item of the urban landscape apparently bereft of any charm, as a fundamental place in which to tackle the mystery of subjectivity and of the sacred 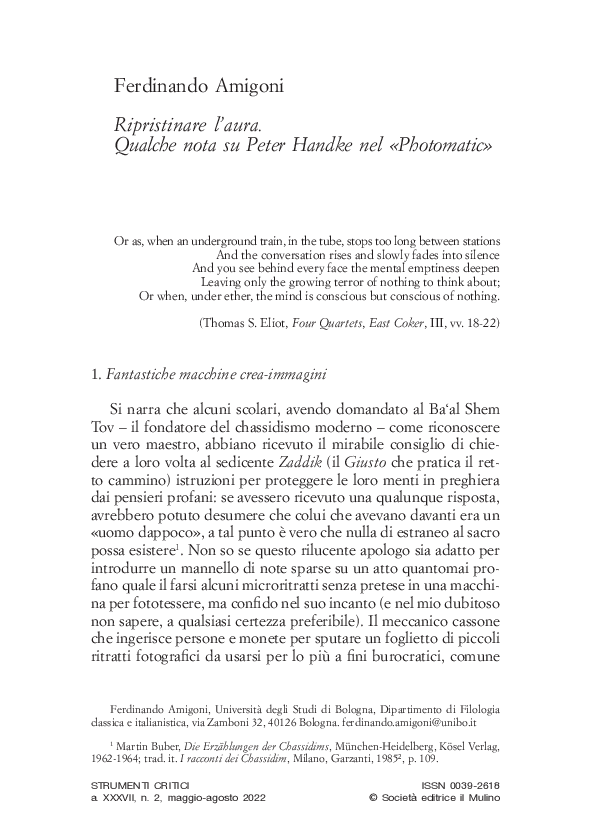