Alfieri’s autobiographical expression is a constant feature of his career as a writer, it reached its high point during his elaboration of the Vita, which was also admired by his great contemporary Goethe. In the early twentieth century, the fame of Alfieri as a writer of tragedy was waning as the young Eugenio Montale wrote in the Quaderno genovese (the Genoese Notebook). It seemed to some that this was his only surviving literary work (as Aldous Huxley explicitely stated, as did also at the close of the twentieth Century the critic Cesare Segre). The autobiographical account of Alfieri places his artistic vocation as a poet and above all as a tragic writer at its centre. That at first manifests itself unknowingly until the turning point of conversion at the age of twenty-six: the revealing and culminating moment. Furthermore, as a result of this, the story of his childhood and adolescence is conducted without nostalgia: if the former consists of nine years of «vegetation», the latter of «eight years of non-education». 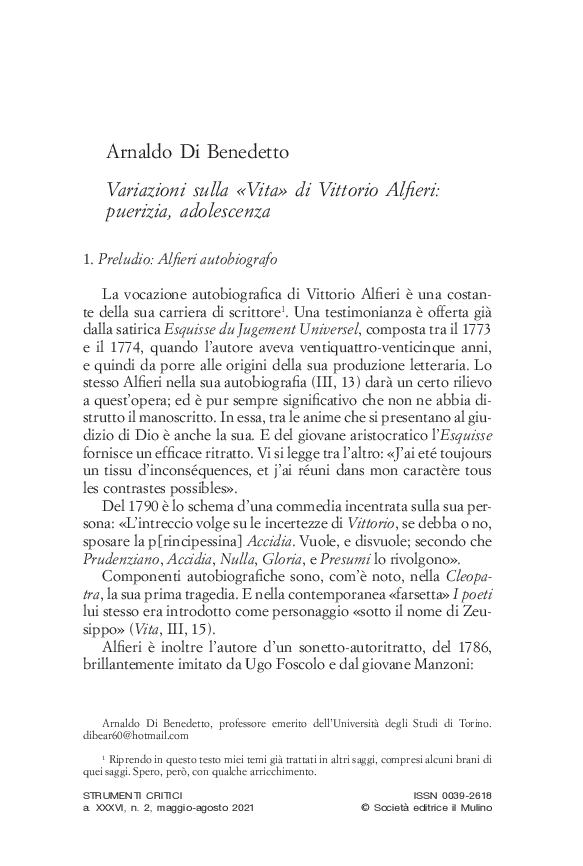