In this visual world eye-tracking study, we investigated how ambiguous pronoun processing is influenced by visual context and cleft sentences. We aimed to establish at which age Norwegian children develop sensitivity to these cues in the same way as adults. The participants were 3-, 5- and 7-year-old Norwegian children, and an adult control group. They listened to subject-clefts or object-clefts, while watching cartoon animals mentioned in the sentence on the screen. The animals were shown either performing the action referred to in the sentence or standing passive. Thereafter, the participants heard an ambiguous pronoun sentence. We collected online gaze data following the onset of the pronoun sentence, and offline responses to a question about whom the pronoun referred to. Our findings suggest that younger children depend more on visual context to support their processing of the information structure cues that are signaled by syntax, but then gradually begin to exploit the information structure cues alone. Moreover, this is primarily revealed in their online behavior, but less so in their offline results. In comparison, adults integrated the visual and information structure cues, and showed effects both offline and online. 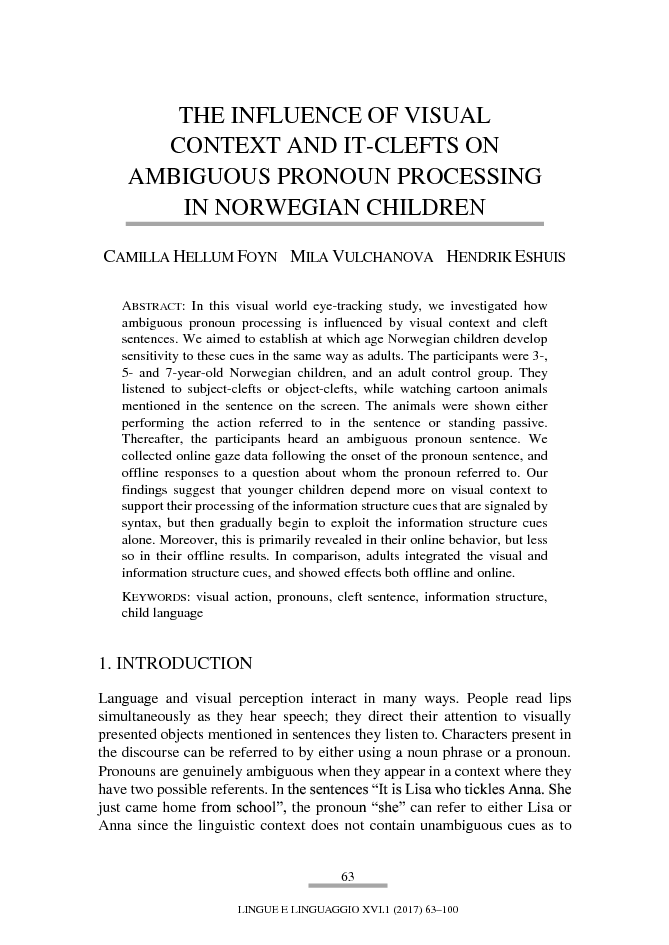