Between-type variation in the prominence pattern of English noun-noun constructions has been intensively studied and is now well understood as a probabilistic phenomenon. This paper extends the investigation to within-type variation. Using regression analysis of experimentally-elicited data, it is shown that such variation arises when a construction has conflicting properties, some that increase the probability of prominence falling on the first (lefthand) constituent, and others that increase the probability of prominence falling on the second (righthand) constituent. In such cases, some speakers pronounce the construction with left prominence, while others pronounce it with right prominence. However, this variation is not random: given conflicting predictors, some speakers consistently tend towards left prominence, while others tend to the right. This variation can therefore be seen as reflecting differences between individual grammars in terms of the threshold level of probability needed for right prominence to be produced. 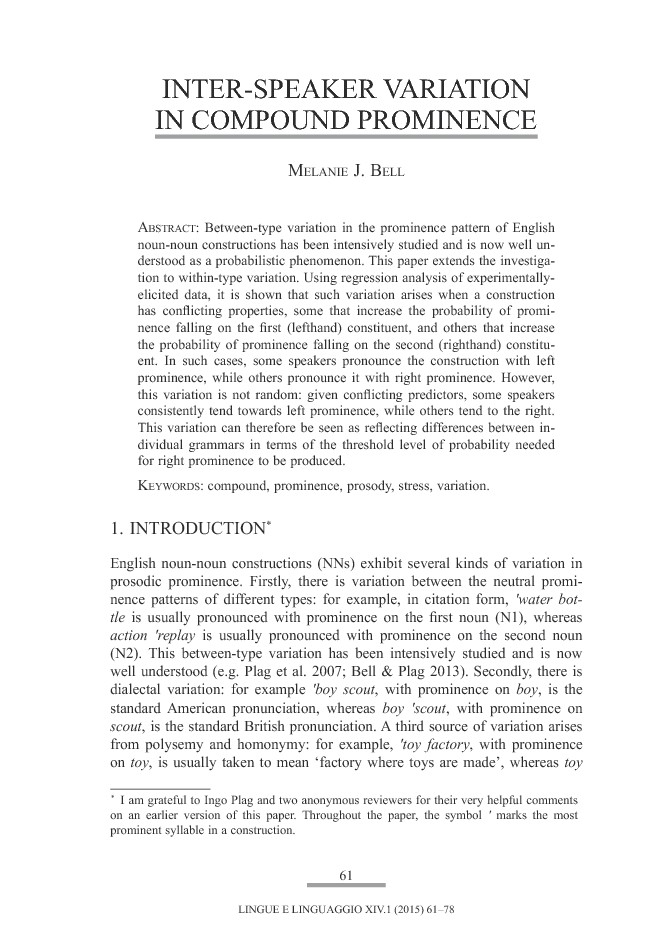