There are many studies of word stress (or lexical stress) in different languages. One problem if one wants to compare the acoustics of word stress in different languages is that the studies are often made in such a way that the results are not immediately comparable. One goal of the project described here is to develop a framework for analysing the acoustics of word stress that can be applied in the same way to any language. A second goal is to examine the perception of syllable prominence as a cue to lexical stress perception. The acoustic properties are obviously a factor to be considered, but we have reasons to believe, based on results from a previous experiment (Eriksson et al. 2002), that the native language of the listener may also influence perceived prominence and thus lexical stress perception. The languages included in the study so far are Brazilian Portuguese, English, Estonian, French, German, Italian and Swedish. At present only the Swedish material has been analysed using the complete set of recordings. In this paper I will therefore only give a full presentation of the Swedish result. Results based on subsets of the data from the other languages (usually 10 speakers) will be referred to as "preliminary results". Some of these results have been presented in more detail in conference proceedings (see references). 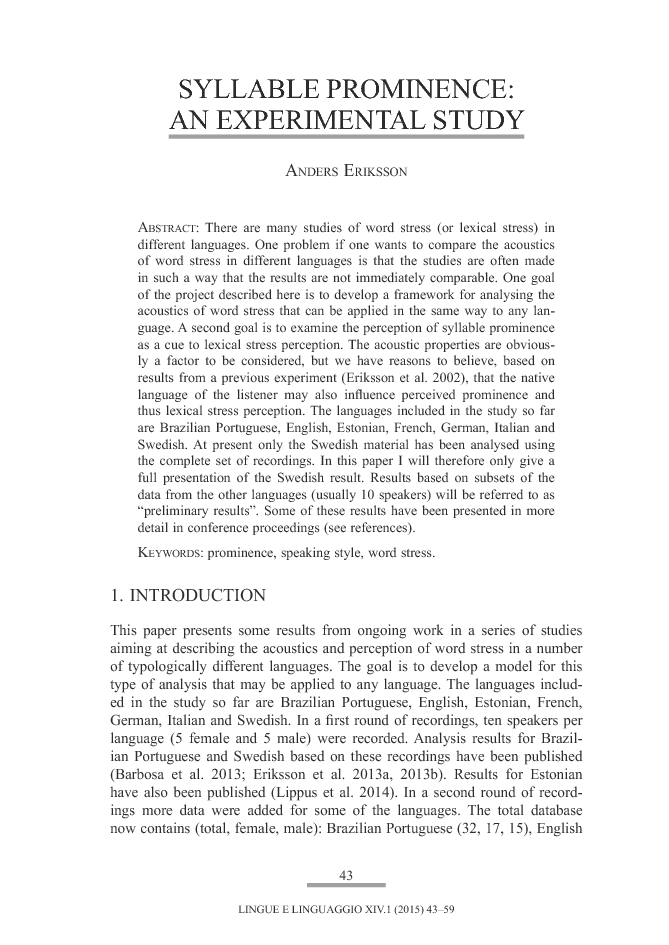