The meaning of the first lines of the contrasto 'Rosa fresca aulentisima', dated between 1231 and 1250, has always been problematic, at least from the time when, as documented in the 16th century by the philologist Angelo Colocci, someone corrected 'le donne' into 'i homini', thus postulating an error. Some critics have pointed to a defective metaphor, some to a colourful hyperbole, others to a poetical witness to female homosexuality in the Middle Ages, and others merely ignored the problem. A detailed re-examination of the meanings of the Romance derivatives of DESIDERARE and *DISIDIARE (hence Sic. disiiari) and the identification of the person of the verb in the first line allow for a satisfactory interpretation of the manuscript's reading. 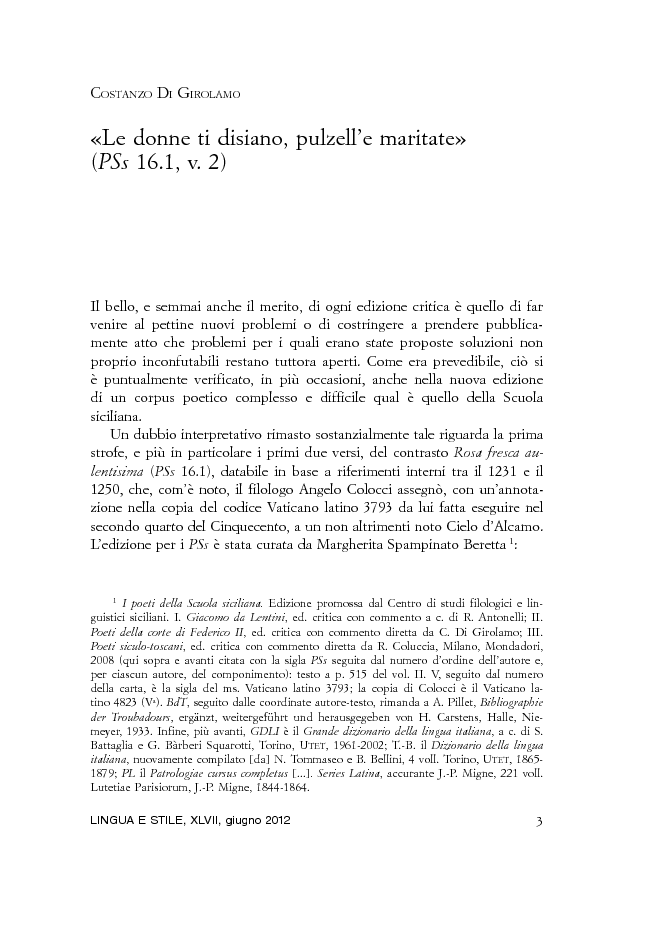