This essay is meant as a genealogy of the concept of «mob» in early-modern English and British political thought, by assuming the theoretical centrality of the «multitude». The alleged wickedness of the multitude, which materialized on the stage of history during the English Civil War, was neutralized by Hobbes, who reconceived it as either a pre-political (as lying in the state of nature) or non-political (being reduced to a matter of public order) collective actor. Hobbes’s depoliticization was disavowed in the 1790s, when, as a reaction against Edmund Burke’s contemptuous use of the phrase «swinish multitude», some radicals subversively appropriated the notion with a positive meaning. At the beginning of the 19th century, while the lower orders identified themselves in the «working classes», the set of derogatory features traditionally ascribed to the «multitude» – fierceness, disorder, irrationality, and inability to articulate political claims – converged into the semantic field of the «mob». 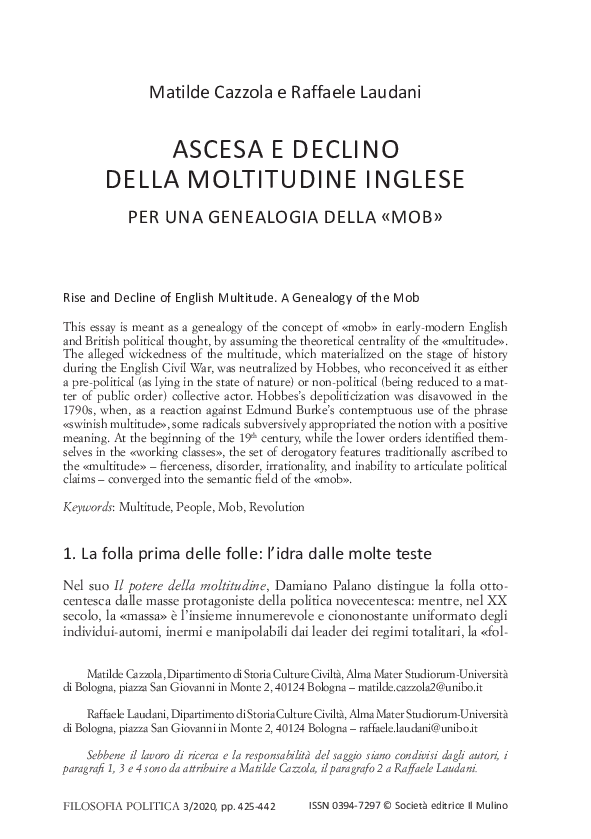