The machiavellian view about political subjectivity changes over the course of his entire intellectual biography, particularly concerning his theory of the relationship between people and plebs. From the tendential identification of people and plebs in the Prince, in which the negative connotation of the people is the result of its peculiar non-representative relation with the Prince, to the divarication of the Florentine Histories, in which the affirmative connotation of the plebs opens the space to new forms of political action. A reflection that remains aporetic due to the often hegemonic but conservative function of the people and, conversely, the subversive but marginal role of the plebs. 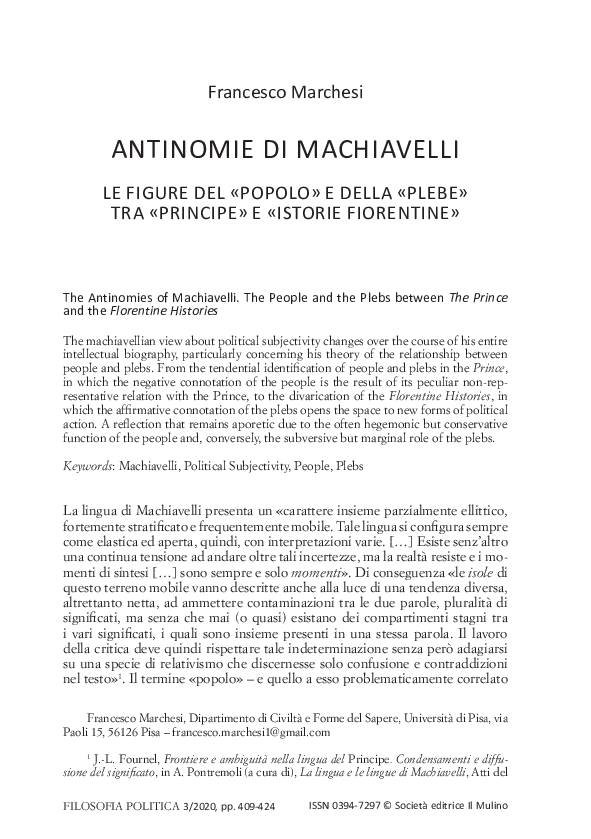