The essay argues that criticism can be conceived of as a philosophical biography of the modern era. Starting from this assumption, it provides a reading of the modern forms of criticism - rationalism, dialectic, negative thought - according to their way of questioning the subject, the object, the mean and the end of criticism itself. In the last part, having taken into account the contemporary distinction between "mainstream" and "Critical Theory", it is suggested that criticism should be able not simply to solve problems, but to identify them against the normalization of emergency realized by neoliberalism. 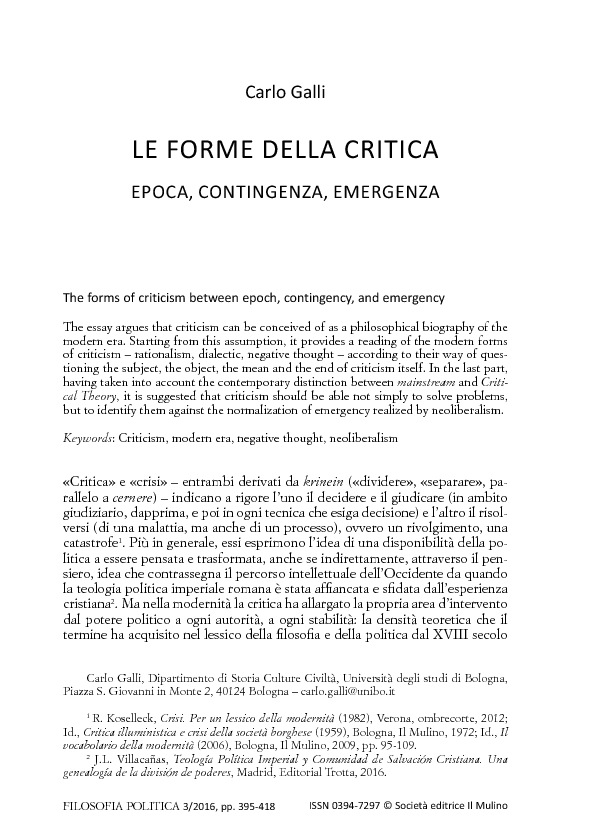