Security is a fundamental lever that allows a government to gain greater powers of direction and control with the aim of immunizing society against the risks that threaten its integrity. The author argues that security is neither managed nor granted on one's own, but is rather delegated through fiduciary forms that institutionalize the risk-management. Security, therefore, needs trust. However, where trust is, there is risk. Today, the risk against which society claims to be immunized emerges again with the new, increasingly mediated by technologies and less and less politically legitimized, forms of fiduciary management, where the possibility of a weakening of rights and of political responsibility resides. 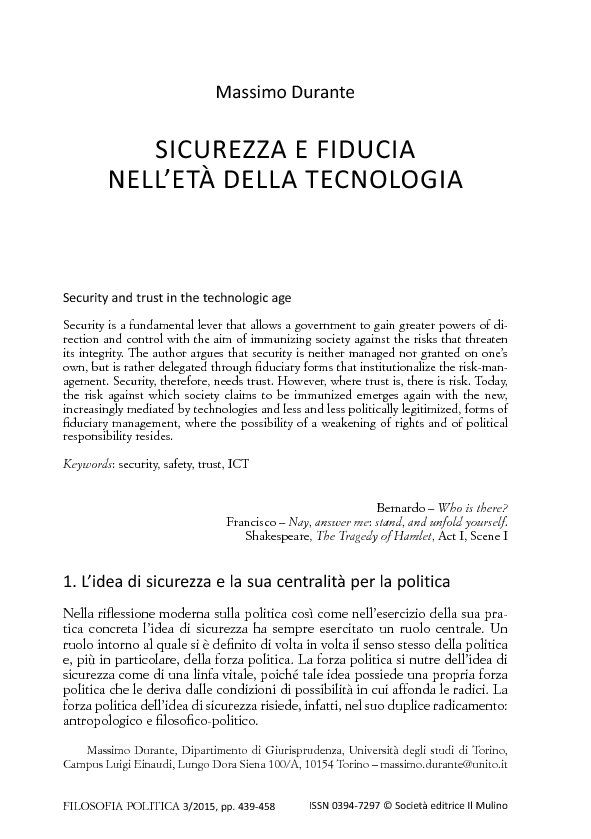