The author analyses the concept of social security as a specific «instrument» of the European Welfare State (1945-1973). Starting from the Foucauldian question concerning the (im)possibility of thinking about «economic sovereignty», he claims that the close relationship between social security and full employment - one of the main Welfare State's achievements - represented a political «concept» not despite its social character, but exactly because of it. After a brief overview of the Keynesian revolution, the article focuses on the Beveridge Report and its Italian interpreters, in particular with respect to scholars who recognized the political relevance of the constitutionalisation of labour. Following this, the crisis of the Welfare State is examined: first of all, within the complex evolution of the late Sixties, when labour took centre stage in the political scene; and secondly, with regard to the counter-revolution that ensued at the beginning of Eighties. Thus, the author discusses the consequences of the end of the Fordist age, when labour was progressively deconstitutionalised, fragmented, and the social security founded on labour partly dismantled. 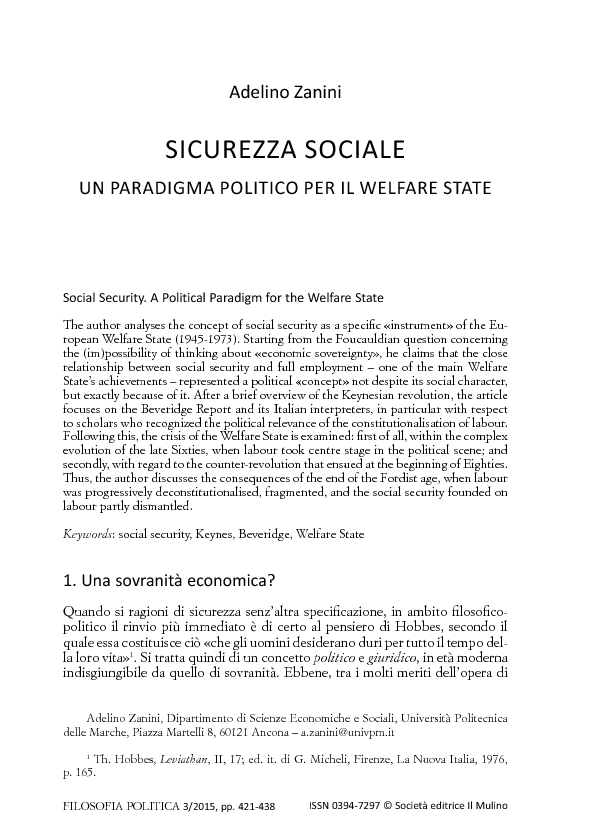