The political thought of the jurist Alberico Gentili has often been compared to that of the philosopher Thomas Hobbes. Although they seems similar for their common support of absolutism, the two thinkers ground their analysis on different political categories: Gentili is influenced by the humanist, the calvinist, and the republican heritages, above all by the Machiavelli's version, and it is only progressively that he assumes absolutism as an answer to the growing problem of internal political peace; on the contrary, the origin of Hobbes' thought is found on the necessity to create a new political unity, through the means of a social contract and of representative sovereignty, which are absent in Gentili's thought. 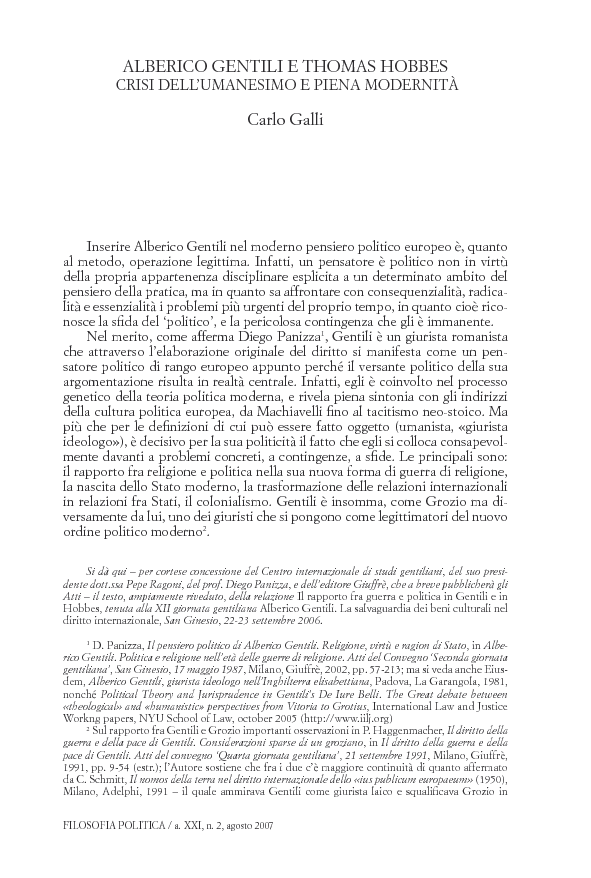