Starting from the courses of 1976,1978,1979, the Author focuses on Foucault's "political philosophy", questioning the predicaments underlying the concepts of governmentality and biopolitics. By analysing the texts, the Author argues in favour of a strict link between Foucault's anti-legalism and his "conversion" to liberalism, which becomes explicit in the foucaultian insistence on the free market in antithesis to the normativity and governamentality of the State. Nevertheless, according to the Author, even the laissez-faire theories rely on the necessity of normativity, the ordinating function of law, while Foucault seemed to neglect this aspect in his interpretation of the governmental systems of "laissez-faire" from Smith to Hayek. 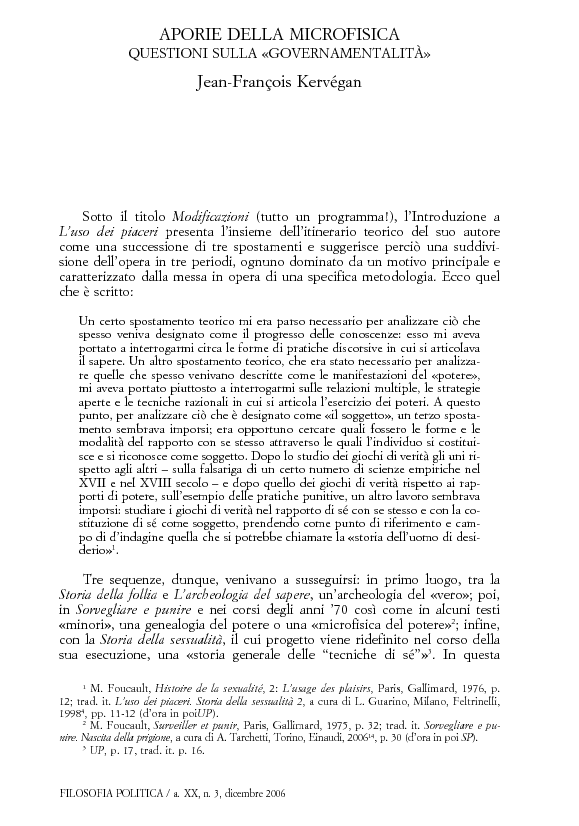