The author attempts an assessment of the event of democracy, moving from the acnowledgment that the concept of democracy, from Kant up to Weber and Kelsen, is characterized by the claim to universalism of western rationality, understood as the quest for a full rationalization of the State and of law. Villacañas reviews those authors that more radically have showed the crisis of democracy. If, according to the Frankfurt School and Foucault, reason is recognized as the seed of totalitarianism, with Luhmann theory is relativized: it recognizes itself as theory, the specific domain of the theorists' group. Contingency, which rationality fails to master, opposes itself to an autistically functioning system. The impact of Lacanian rationality and the irruption of the notion of desire in contemporary political theory finds in Ernesto Laclau a decisive exit into the theory of populism. 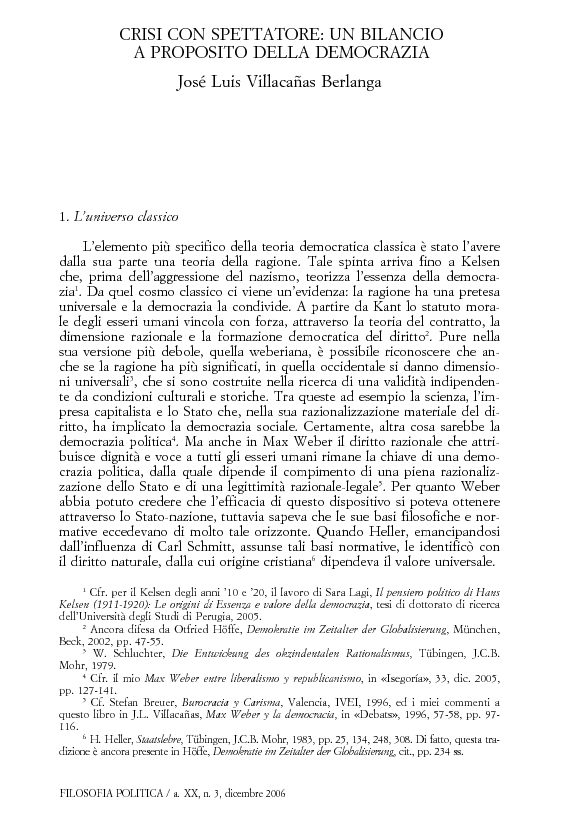