The Author retraces the transformation, between the end of the 17th and the beginning of the 18th century, within the scientific-libertine debate, of some key concepts such as virtue, passion, pleasure, happiness. Through the analysis of texts by Fenélon, Montesquieu, Saint-Evremond, Bayle, the author demonstrates how moral concepts have progressively become autonomous from the theocentric horizon and that of Revelation, thereby transforming moral into a merely human science, and as such weak and fallible, albeit illuminated by reason. 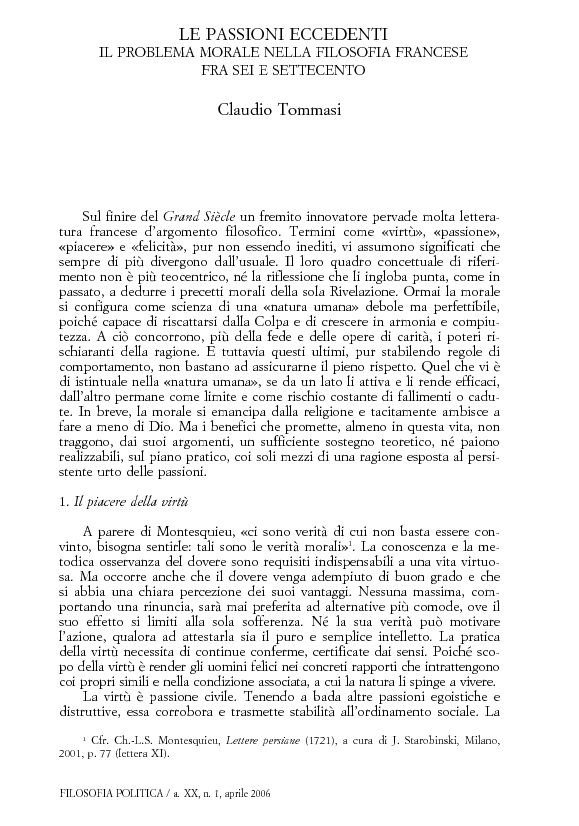