This article deals with the issue of breastfeeding. Both authors criticize the widespread, hegemonic assumption - promoted by both institutional and 'alternative' organizations devoted to pregnancy and childbirth - that "breast is best", and investigate the yet unexplored biopolitical implications of the breastfeeding campaigns, policies, arguments globally implemented by the WHO and, among others, "La Leche League". Breatsmilk and the socio-biological obsession for it, represent the ultimate hedge of biopower - out of a pseudo-scientific assertion it is considered not only the best infant food, but also the miraculous substance that enables the human species to defy illness, to boost intelligence, to produce a healthy social body. 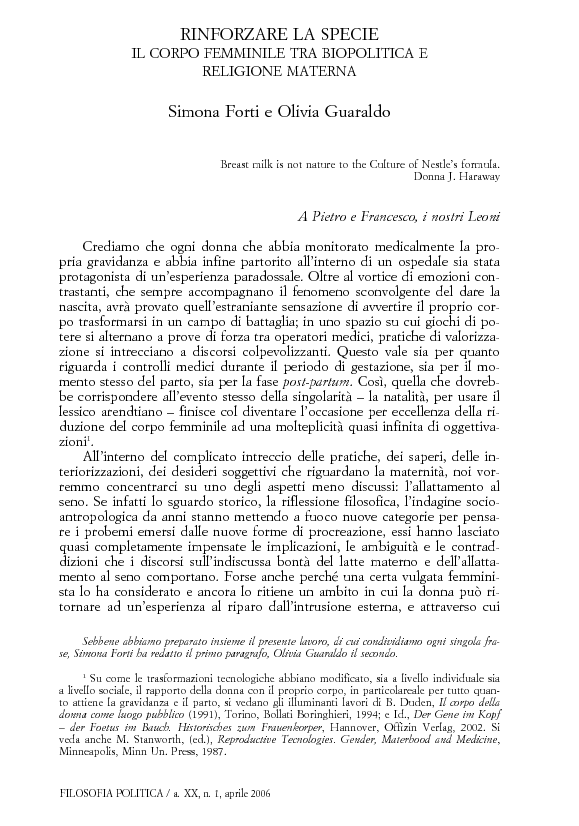