In his work On the Roman Pontiff (Controversia de summo pontifice), Robert Bellarmine outlines a theory of interpretation and a theory of sovereignty. His choice of sources, especially as far as Bernard of Clairvaux’s sentences are concerned, reveals that his theory of interpretation is closely interwoven to his theory of sovereignty. Indeed, Bellarmine assigns a normative function to the interpretation of a given text: he assumes a form of political hermeneutics, able to cut through all possible options and to establish one interpretation as the only authentic reading of the text. This interpretation comes from the sovereign, i.e., the authority to which sovereignty is assigned because of its supreme status (superiorem non recognoscens). Within this framework, the role of traditional auctoritates – such as Bernard of Clairvaux – is functional to the auctoritas who, at a certain point in time, interprets their words and offers the tools needed to understand the authoritative model. This model, according to Bellarmine, sustains the principle of infallibility of sovereign interpretation. 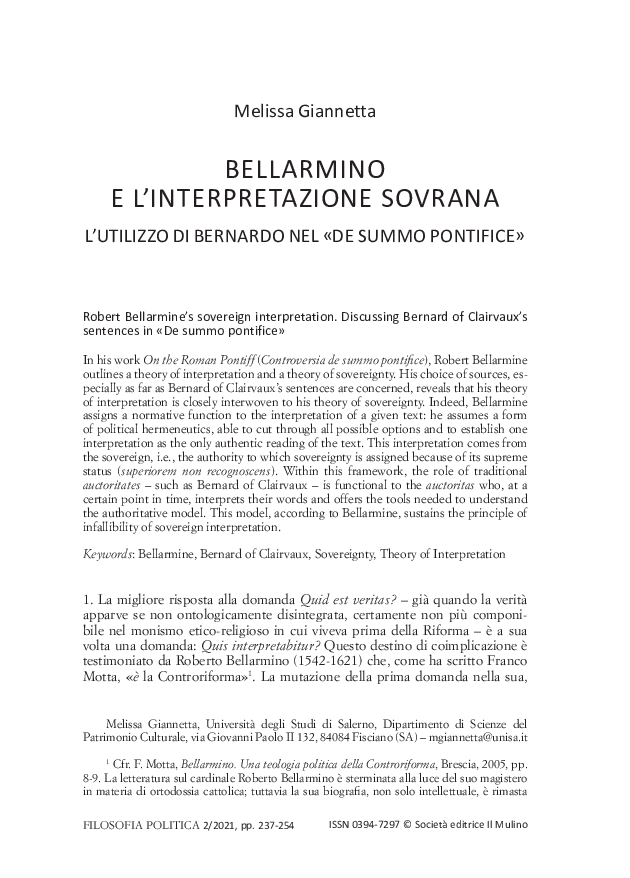