The article analyses the topic of virtue in the well-ordered society of John Rawls, claiming that, among the characteristics of its members, virtues (and especially that of the sense of justice) occupy a central role. The work first examines the value of virtues within the social union of social unions and the overlapping consensus, showing how they allow the creation of just institutions. Next, it analyses the process of fostering the sense of justice among individuals. The virtuous traits of citizens’ behavior are highlighted to demonstrate that the Rawlsian emphasis on virtue is constant throughout the philosopher’s works, while his view on the necessary degree of virtue in the conduct of each citizen changed over time. In this regard, the paper focuses on the concept of stability, which underlines the changes in Rawls’s thought between A Theory of Justice and Political Liberalism. 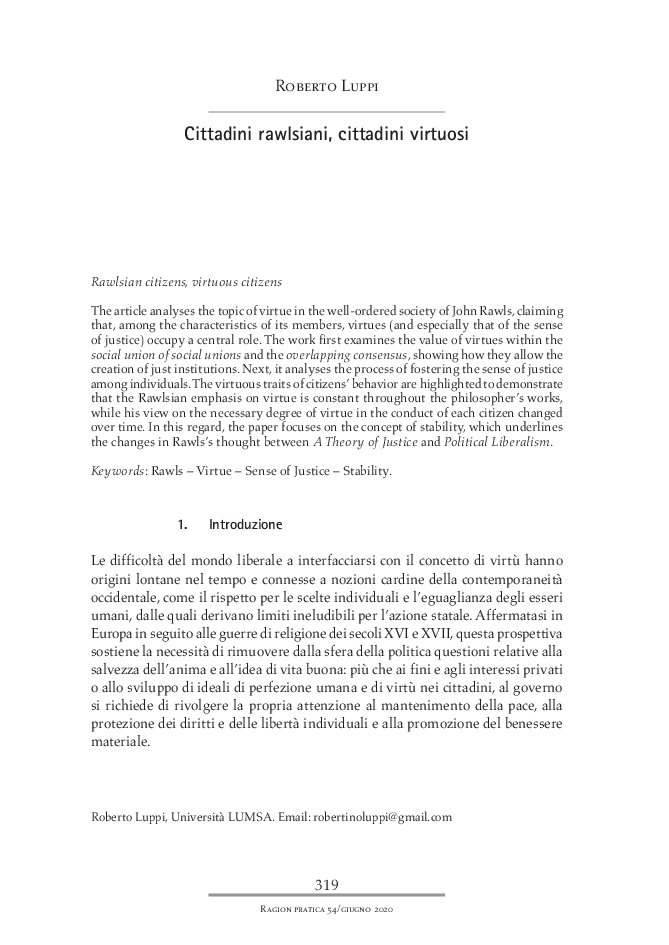