In this paper, it will be argued for a naturalistic foundation of human rights. It is not matter, however, of a typical defence of naturalism, i.e., a «rational» case for naturalism, based on the idea that human beings should share a common «nature», or the same rational way of thinking. Rather, it is matter of an «ecological» or «biological» basis for naturalism, provided by a common cognitive framework toward other people. Humans are characterized by the same device to give sense to other people behaviours. This device is called social cognition and its basic machinery, like the «mental triggers» to detect cues for other people in the environment, is the same for all humans. An argument in favour of this line of reasoning is founded on the fact that, while it is controversial what it does exactly mean being human, it not controversial how to dehumanize other individuals. In other words, to dehumanize other individuals, we have to cancel the same «mental triggers» which are involved to detect other individuals «like me», in order to allow our brain to ignore its hard wired devices for empathy. 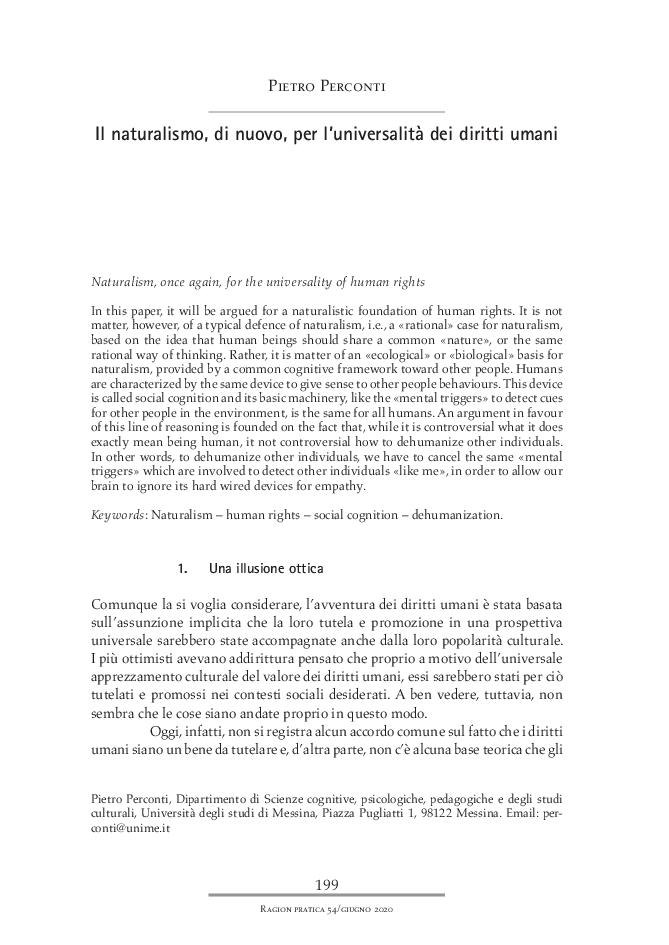