This paper – originally, the fifth and final chapter of a book on digital populism – proposes three remedies against today’s populist wave. First, to defend counter-majoritarian institutions that make democracy what it really is: a tool for the people in order (not to govern, of course, but) to check the government. Second, to redirect digital populism against itself, by learning to use the Internet better than populists, in a way (neither homeopathic nor massive, but) targeted. Third, and more importantly, if the populist wave is a consequence of digital revolution, the main remedy is to regulate the Internet. 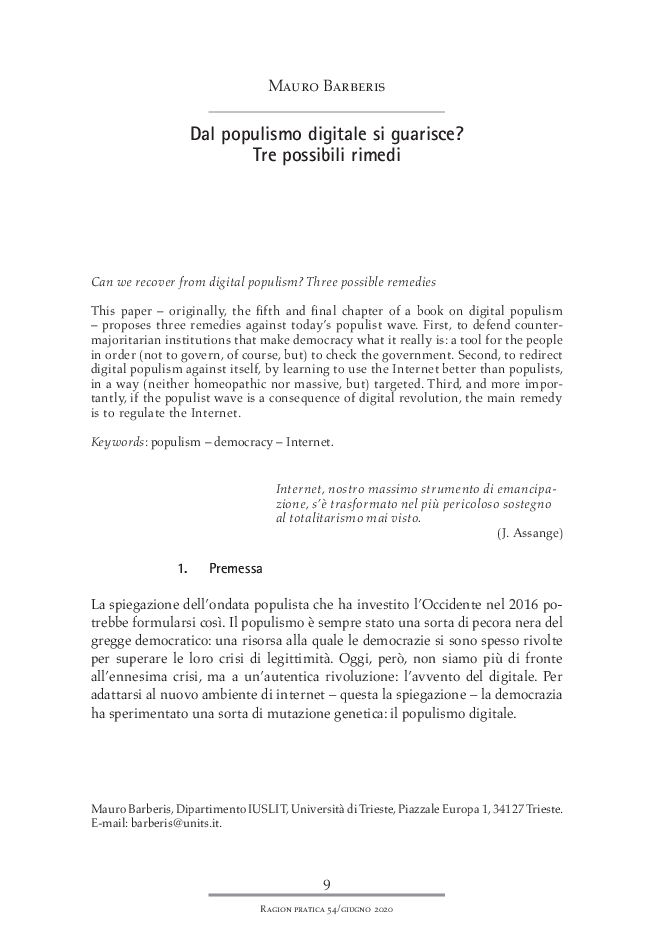