With the end of the Cold War and the expansion of the international liberal order, human rights have entered the UN Security Council agenda. However, this has become a divisive issue. In a context of greater influence of the US and its Western allies over the decision-making process of the most important multilateral institutions, the UN above all, the interpretation allowing intrusive practices by the Security Council promoted by the Western permanent members has clashed with the defense of sovereignty promoted by Russia and China. Analyzing divisive resolutions with reference to human rights in the period 2001-2017 (Lebanon, Myanmar, Zimbabwe, Libya and Syria) and the only thematic meeting on the issue, the article focuses on voting behavior, sponsoring of draft resolutions and official statements during Council meetings to outline the terms of the conflict. 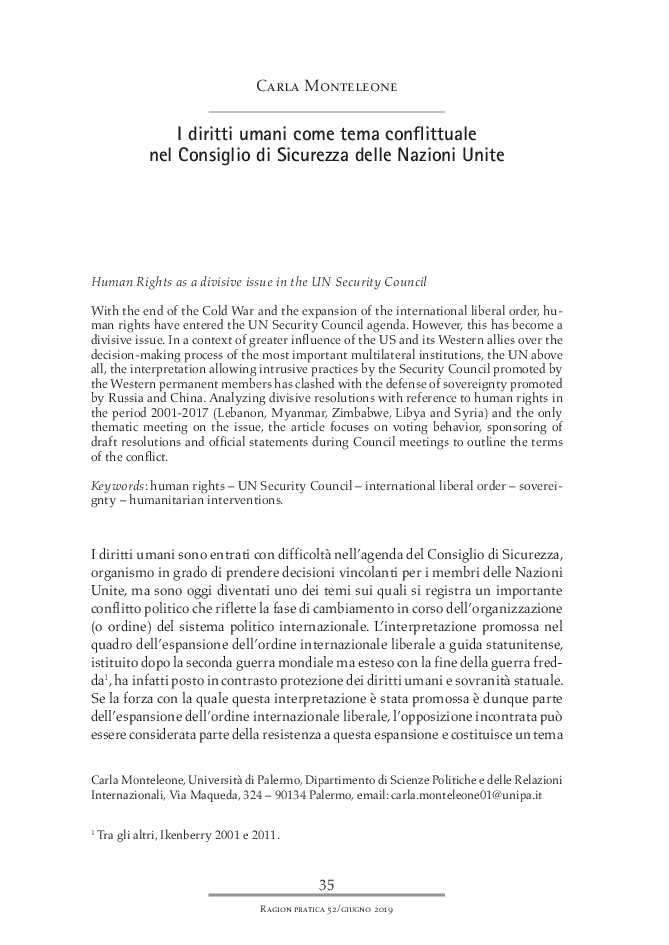