The recent book by Vittorio Villa, "Disaccordi interpretativi profondi. Saggio di metagiurisprudenza costruttiva", deals with two central topics of legal philosophy, namely, legal interpretation (its nature and its limits) and the relationship between law and morality: it shows how, in our western legal systems, these two topics are inextricably linked. In particular, according to Villa, this link exists when judges are called to interpret some peculiar terms and expressions that occur in our Constitutions - expressions like «human dignity» - and it produces what Villa labels deep legal disagreements. In this critical note the author reconstructs Villa's central theses, moving some criticisms and arguing that the role of legal interpretation as a bridge between law and morality is far more pervasive than Villa seems to think. 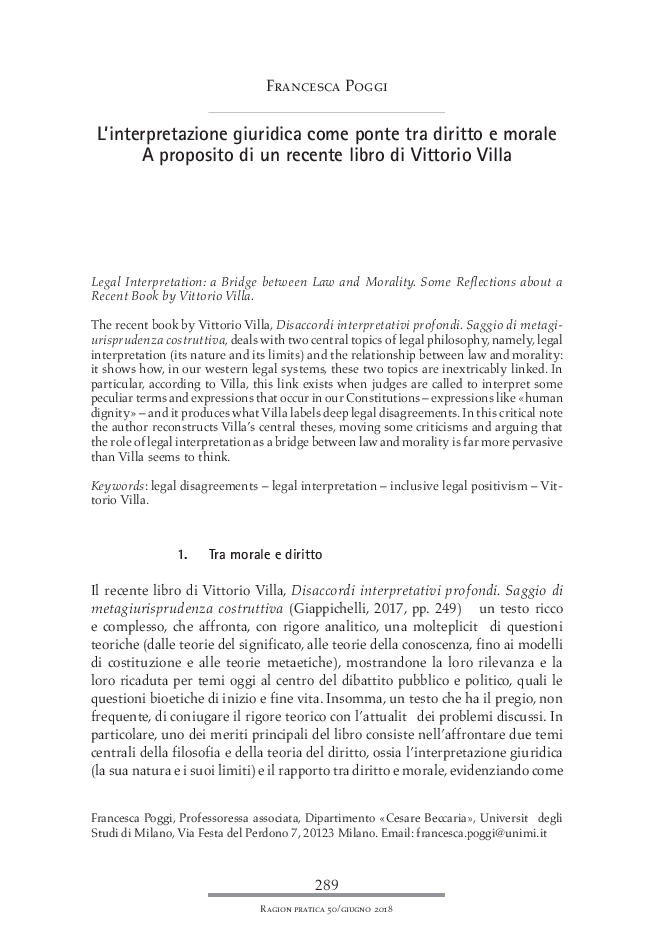