This article illustrates some of the crucial changes in the phenomenology of power focussing on the surveillance. Shifting from the Panoptical Model (PM) to the Super-Panoptical Model (SPM), the surveillance has become more pervasive but less bothering. In the PM the surveillance is invisible but the supervisor is visible: the Central Tower stands steady in front of the inmates. In the SPM, both the surveillance and the supervisor are invisible, therefore the power itself, always linked to the surveillance, becomes invisible. The new power is far more powerful than the visible one, since the citizens lose the possibility of an opposition and of a mirror control on it. The new surveillance is facilitated by the behaviour of the citizens, who utilize several helpful everyday tools, that are, at the same time, efficient instruments to monitor their personal informations. We are aware that these new tools work also as an overarching instrument of control, but we don't care, because we cannot really avoid using them and, above all, we don't want to give them up. 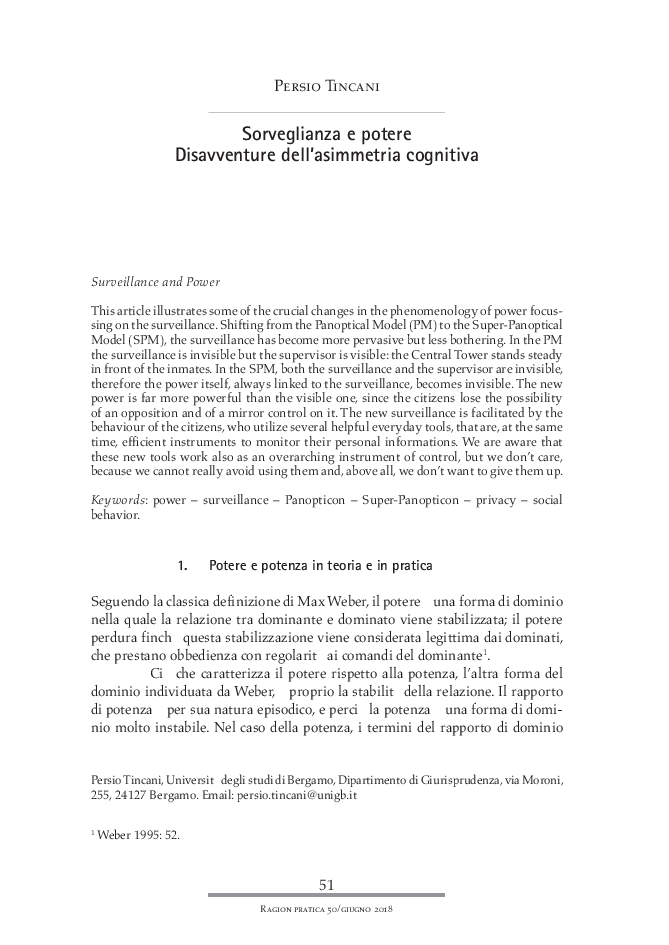