In current medical practice, the 1968 Harvard-Report definition of brain death is still considered an axiomatic paradigm. The most recent findings in neurological research show, however, that any clear demarcation between life and death can only be made arbitrarily. In view of this, the correct approach is not to establish a new pragmatic justification of brain death so as to allow a continuation of those practices which, on the basis of the theoretical definition of brain death, have to date been employed. Instead, a broader ethical and legal discussion is required on the question of the moment at which it should become permissible to break off with life-sustaining measures and proceed to organ removal. In particular, the legislator should not be able to avoid making decisions to resolve such significant issues via reference to an obsolete definition of death. 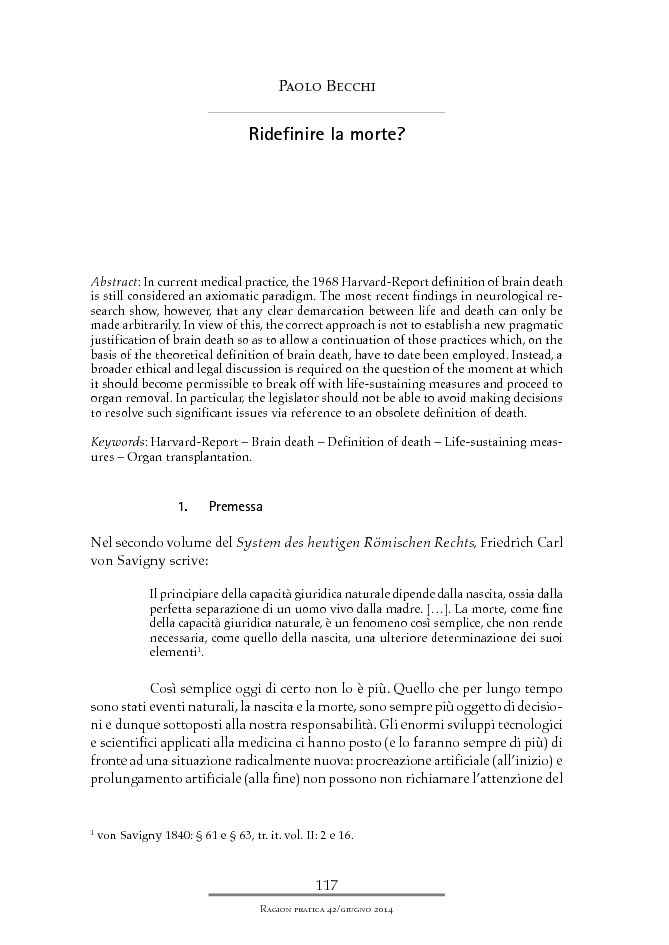